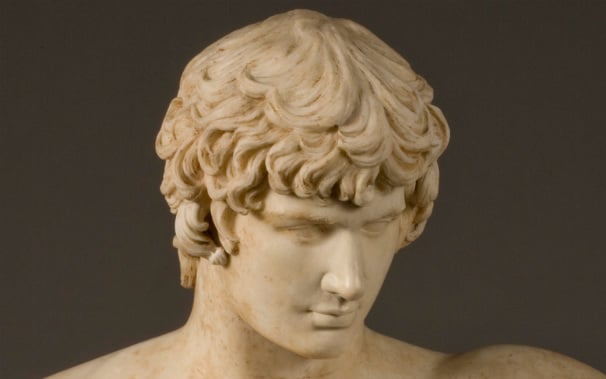 That's the message conveyed by Madrid's Prado Museum, which has organised a special tour through its collection to mark WorldPride 2017, one of the globe's biggest celebrations of gay rights, taking place in the Spanish capital.

It includes a bust of Aristogeiton, who with his young lover Harmodius was feted in ancient Athens; paintings by Sandro Botticelli, accused of sodomy; and work by 19th-century French artist Rosa Bonheur, who openly lived with a woman.

“In every culture, in every era, homosexuality is very much a reality that goes hand-in-hand with the reality of mankind, despite how it may have been interpreted by morality and religion,” says curator Carlos Navarro.

In his book “A Little Gay History”, R. B. Parkinson writes that “same-sex desire certainly seems to have been part of human experience from the earliest recorded times”.

“In a poem from ancient Egypt, around 1,800 BC, one male god tries to seduce another by saying 'What a lovely backside you have!',” writes the Egyptologist and former British Museum curator.

“This is perhaps the earliest known chat-up line in human history, and it is between two men.”

The Prado's tour takes in 29 already-on-display or never-shown works of art, in a bid to show how the LGBT community has been depicted at times of deep intolerance or societal approval. One of the exhibits in the artistic tour “The Other's Gaze. Spaces of difference” organized by the Prado Museum until September 10, 2017. Photo: AFP

Cue the bust of Aristogeiton — whose sculptures are usually exhibited next to those of Harmodius, his lover as per the ancient Greek custom of sexual relationships between younger and older men.

Together they killed one of two tyrants of Athens around 514 BC, an act that eventually ushered in democracy.

So grateful were Athenians that they put up statues of the men — the first in the classical world that didn't portray gods but human beings, and to boot “a homosexual couple feted as the founders of democracy,” says Navarro.

Much later on, in times of persecution, the existence of such statues was a reminder that same-sex relationships had once been socially acceptable and could be again.

The Prado also wants to tell the stories of some of the personalities who created the art on show.

Botticelli's “Scenes from the story of Nastagio degli Onesti” is included on the tour, a piece by an artist who was accused of sodomy, tried and acquitted.

At the time in 15th century Florence, art from the classical world — gay relationships and all — was making a comeback, prompting a stern backlash from authorities.

After the shock of his trial, Botticelli started following Girolamo Savonarola, a fanatical preacher who “identified the recovery of the classical world with the arrival of corruption in the Christian world,” says Navarro.

The artist had been a pioneer in painting classical mythology, but ended up destroying many of his own works of art.

The same goes for Leonardo da Vinci, a man who had a “luminous” personality before his sodomy trial but became “introverted” soon after, says Navarro.

But there is good news along the tour too in the form of Rosa Bonheur's painting “El Cid” that depicts a lion — an animal she loved and kept at home.

She was a pioneer “in her sexuality, her way of life, but also in society's recognition of her. She was famous, rich, and was in charge of her life” at a time when women took a back step, says Navarro.

Next to the painting is a copy of a permission slip for “transvestism” delivered by French police to allow her to wear trousers.

Beyond Europe, same-sex desire has long been a feature of other cultures too.

According to Parkinson, in Japan “male-male love was culturally valued,” from the samurai world to that of actors.

He reproduces a woodblock print by the 18th-century artist Suzuki Harunobu depicting a scene of gay sex.

Another artist shows two women together, using a sex toy.

Also on show in the book is the image on a piece of muslin of a “winkte,” a category of males whose occupations and social roles were those of women in Sioux tribes.

“History does not belong only to the 'mainstream' victors, and 'minorities' should not feel that they are marginal,” Parkinson writes.