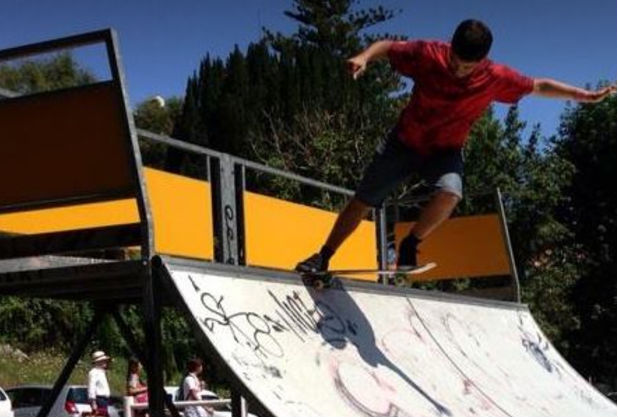 And now his name will live on the spaces he most loved to spend his free time as authorities in diverse parts of Spain announce skate parks to be named after him.

Madrid’s city council have voted to name the capital’s newest skate park, a vast space located on the banks of the river Manzanares in the new recreational area dubbed Madrid Rio, after the hero.

His name will also appear on a beachside skatepark in San Juan in Alicante after the council on Thursday approved the measure. Friends, family and communities across Spain have paid tribute to the man who leapt off his bike and ran to protect a woman that he saw being attacked on that fateful night in London.

His friends report that they saw him swinging a skateboard at the attackers before last seeing him lying on the ground.

It was finally confirmed four days later that he had been fatally stabbed in the terrorist attack.

The Spanish government awardedEcheverría the Great Cross of the Order of Civil Merit, which recognises “extraordinary services” by Spanish and foreign citizens.

British Prime Minister praised the heroism of victims like Echeverría, singling him out in a speech to parliament on Monday.

“At London Bridge we saw a Spanish banker tragically killed as he rushed to the aid of a woman being attacked,” she said.

In his hometown of Las Rozas, an upmarket suburb to the west of Madrid residents gathered in front of the town hall to pay tribute, with some holding up skateboards in recognition of his final act.