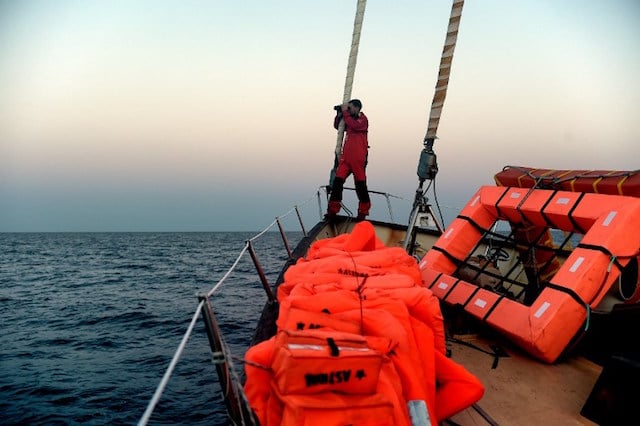 File photo: Aris Messinis/AFP
A spokesman for Spain's state maritime rescue service told AFP that 224 people had been rescued from five vessels in the Strait of Gibraltar and the Alboran Sea, which separate Spain from Morocco.
READ ALSO: 'I am ready to do anything to reach Europe and provide for my family'
The first rescues occurred in the early hours, the spokesman said, with dozens rescued south of Gibraltar from three boats.
Another 72 were rescued later after being spotted by a plane belonging to Europe's border agency, Frontex.
Spain's sea rescue service said on Thursday that it had saved more than 400 migrants this week alone.
READ ALSO: Child migrants risk lives to reach Europe from… Spain
The relatively short sea crossing from Morocco to Spain is a popular route taken by migrants from sub-Saharan and north Africa in their quest to reach Europe.
According to the International Organisation for Migration, 3,314 people attempted this crossing between January 1 and April 30 this year. They recorded 59 deaths over the same period in this part of the Mediterranean.