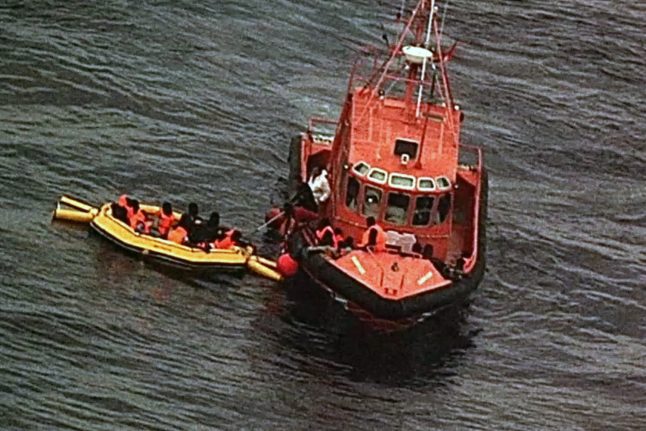 The number of migrants headed to Spain by sea has soared this year, rising three-fold in the first four months compared to the same period last year.

Most of the migrants rescued over the last week were escorted to ports in the region of Andalusia, including 180 who were taken to the coastal city of Almeria.

Rescue operations were carried out by Marine rescue services, the air force and civil defence as well as several boats that were in the region.

According to the International Organization for Migration (IOM), nearly 3,300 people reached Spain by sea between January and the end of April, and at least 59 died attempting to cross.

The number of migrants reaching Spain remains much lower than in Italy, which counted over 69,000 migrants arriving by sea between the beginning of the year and June 18, while 1,889 died en route.

But the overall number of migrants reaching Europe by sea has dropped this year compared to last year so far, with 81,292 migrants between January and June 18th, while last year's figure for the same period stood at over 215,700, according to the IOM.