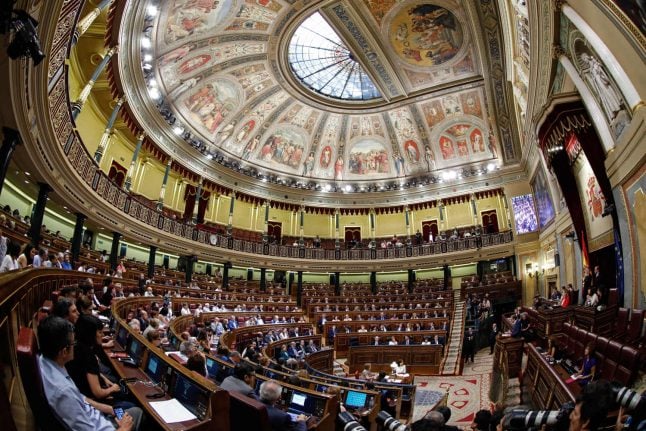 Members of the major People’s Party (PP), Socialist Worker’s Party (PSOE) and Ciudadanos had indicated on Wednesday already that they were against the referendum.

Seventy-one percent ultimately voted against the Catalan government’s motion, which asked the Congress to “respect” the referendum, set for October 1st, Europa Press reported on Thursday. The Catalan government will ask its citizens: “Do you want Catalonia to be an independent state in the form of a republic?”

The Catalan government, meanwhile, said on Thursday that they will provide a further explanation on July 4th of the planned referendum’s technical and legal details, Catalan daily Ara reported.

If a majority votes “yes,” the northeastern region's pro-independence government has said it will immediately start proceedings to separate from Spain. But Spain's Constitutional Court has already ruled that such a vote is illegal.

Barcelona-based newspaper La Vanguardia reported on Thursday that sources from the Spanish executive branch are convinced that the referendum will not go through in the end, due to various legal obstacles.

For example, civil servants such as the police or the heads of schools where polling stations could be set up will be needed to help organize the vote. As a result, they may be forced into a delicate situation – having to choose between obeying their immediate superiors and facing possible sanctions for disobeying Spanish law, or sticking by the Constitution.

None of the necessary accessories for an election would be available, such as an official campaign or an independent authority to oversee the vote.

For years, separatist politicians in the region have tried in vain to win approval from Spain's central government to hold a vote similar to Scotland's 2014 independence referendum – which had the approval of the British government.

The Catalan government insists that “the vast majority” of their region's population wants to have a referendum, as a recent government poll showed that close to three-quarters support holding a vote.

And most respondents were quite pessimistic about the possibility of Catalonia becoming its own sovereign state. Sixty-two percent said they believed there was a very small or no chance of this becoming reality, while a separate 66 percent said it was currently a bad time for the independence movement.