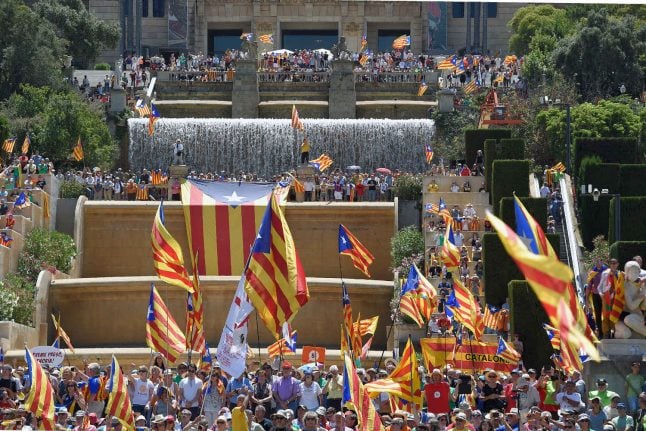 President of the Generalitat of Catalonia, Carles Puigdemont, announced earlier this month that his region planned to hold a referendum on October 1st, asking the question:  “Do you want Catalonia to be an independent state in the form of a republic?”

If a majority votes “yes,” the northeastern region's pro-independence government has said it will immediately start proceedings to separate from Spain. But Spain's Constitutional Court has already ruled that such a vote is illegal.

According to Spanish media, including El Pais, the major parties in Spain’s Congress are expected to vote no to reject a motion by Catalan leaders to have the Spanish government allow the vote.

Catalan leaders had filed a motion asking that the Spanish government “to respect the decision adopted by the President of the Generalitat to convene the referendum, so that Catalan men and women may decide about their political future, in compliance with the democratic mandate of the ballot box, and after repeated calls for agreement.”

SEE ALSO: The many obstacles in the way of the Catalan independence vote

It added that in any case, after the October 1st referendum, Catalonia intends to find a space in the Congress “to discuss a loss of dialogue with the federal government.”

Catalonia, a wealthy region of 7.5 million people, is fiercely proud of its language and customs and has long demanded greater autonomy from Madrid.

For years, separatist politicians in the region have tried in vain to win approval from Spain's central government to hold a vote similar to Scotland's 2014 independence referendum – which had the approval of the British government.

Puigdemont’s motion before Congress insists that “the vast majority” of the Catalan population supports having a referendum, as a recent regional government poll showed that close to three-quarters support holding a vote.

And most respondents were quite pessimistic about the possibility of Catalonia becoming its own sovereign state. Sixty-two percent said they believed there was a very small or no chance of this becoming reality, while a separate 66 percent said it was currently a bad time for the independence movement.