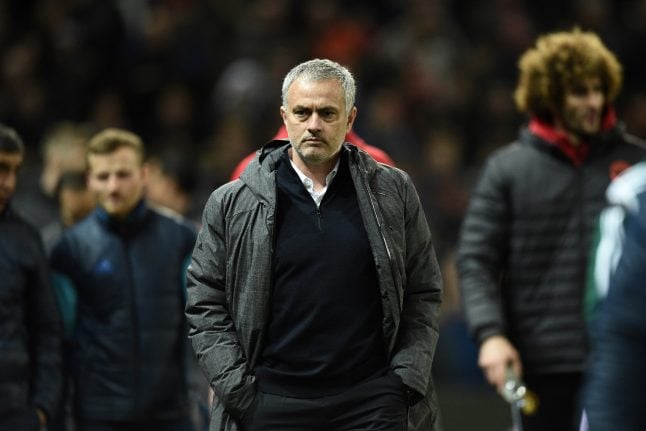 The 54-year-old Portuguese, who coached Madrid from 2010 to 2013, has been accused of “two offences against the public treasury”, the prosecutor's office said in a statement on Tuesday.

But a statement released by Mourinho's representatives Gestifute Media said he had not been informed personally of the accusations.

They also circulated a copy of a tax document dated July 3rd 2015, which covers the period in question.

According to Gestifute, Mourinho “paid more than €26 million in taxes, at an average rate above 41 percent and accepted regularisation proposals from the tax authorities in 2015 relating to the years 2011 and 2012, and resolved by agreement his situation for the year 2013”.

The statement also said that Mourinho had received a certificate from the authorities confirming that he was “up to date with all his tax obligations”.

The accusations come as Madrid superstar Cristiano Ronaldo was summoned to appear before a judge next month, accused of tax evasion of €14.7 million.

The 32-year-old Portuguese star is facing four charges of fraud through offshore companies between 2011 and 2014 and will appear before a judge on July 31st judicial sources told AFP.

The four-time world player of the year, who said last week his “conscience is clear”, is threatening to leave Madrid over the affair, according to Spanish and Portuguese media.

Mendes in eye of storm

Both Ronaldo and Mourinho are clients of football super-agent Jorge Mendes, who has been summoned to appear before the court at Pozuelo de Alarcon, just outside Madrid, on June 27th.

Revelations from the whistleblowing website Football Leaks have lifted the veil on the practices supposedly used by Mendes to optimize often enormous earnings from image rights by his clients.

Media consortium European Investigative Collaborations (EIC) has claimed that no less than €185 million worth of income has escaped the attentions of tax authorities using shell companies and offshore accounts.

Other clients of Mendes who have ended up in Spain include the Portuguese full-back Fabio Coentrao – on the verge of joining Sporting Lisbon on loan from Real Madrid – and Colombian striker Radamel Falcao, now with Monaco but formerly at Atletico Madrid.

Falcao himself is suspected of failing to correctly declare €5.6 million of income earned from image rights between 2012 and 2013 while he was at Atletico.

Coentrao is suspected of failing to correctly declare €1.3 million of income.

In three years with Real Madrid, Mourinho won La Liga in 2012 and the Spanish Cup in 2011.

After leaving Madrid, he returned to England for a second spell with Chelsea before joining United, with whom he won the Europa League and the League Cup in the season just finished.

The football world in Spain has been rocked by charges of tax evasion or corruption pressed against some of its other leading stars.

The prison term will be suspended as is common in Spain for first offences for non-violent crimes carrying a sentence of less than two years.

The 29-year-old and his father Jorge Horacio Messi were found guilty of using offshore companies to avoid paying taxes on 4.16 million euros of Messi's income earned from his image rights from 2007 to 2009.

Meanwhile Brazil star and Barcelona forward Neymar and his parents are due to stand trial for alleged corruption over his transfer from Santos in 2013.