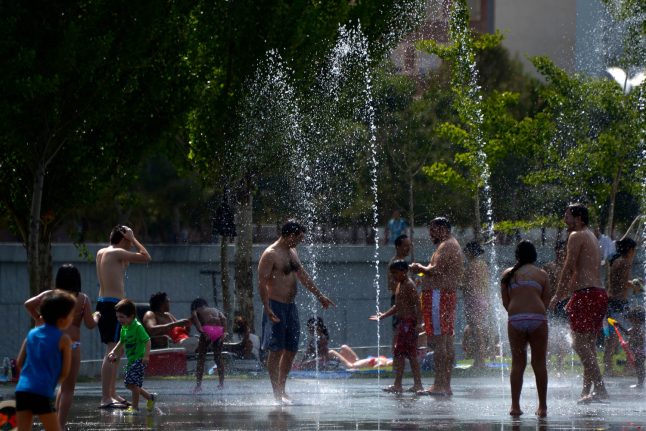 According to news agency Europa Press, Spain’s residents can expect less intense temperatures already on Monday as well as more “relief” on Tuesday.

The mercury is set to be the highest on Tuesday in Badajoz, Córdoba and Seville at 40C, but elsewhere in places like Santander and A Coruña temperatures will be in the 20s – 25C and 28C respectively, according to weather service Aemet.

While Andalusia and Extremadura will still be on high “orange” alert for the heat, this is just a small portion of the country compared to the 15 provinces on alert on Friday.

Madrid and Barcelona locals should still plan on having fans and cool drinks at the ready with highs of 36C and 31C respectively.

Rain and thunderstorms are also forecast for the afternoon and evening on Tuesday throughout much of the country, from central areas up to the north.

A spokeswoman for Aemet told Europa Press that the south, centre and northeast of the peninsula will have cloudiness at the weekend, with the possibility of rain especially in more mountainous areas, and most places will have hotter than normal weather.

Galicia and Cantabria in particular can anticipate higher temperatures at the weekend.