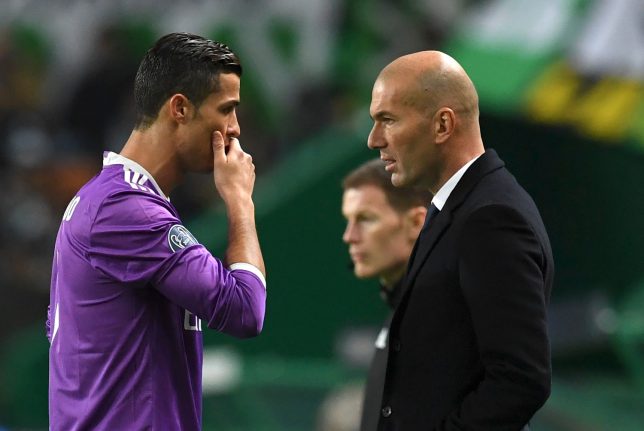 Ronaldo, on Confederations Cup duty in Russia with Portugal, is reportedly furious over a tax probe into the off shore accounts dealing with his image rights, and has reportedly vowed to leave Spain.

“I have made a decision. There is no turning back,” the daily sports paper reported.

According to Marca when Zidane heard Ronaldo had sworn to quit he broke off from his family holiday and called his No7 to tell him Madrid “needed him for his goals, and also his winning mentality”.

Marca also reported that club captain Sergio Ramos had called Ronaldo to ask him to stay.

The 32-year-old Ronaldo is the latest football superstar to come under scrutiny for tax evasion after Lionel Messi was handed a €2.1 million ($2.3 million) fine last year for avoiding paying taxes on part of the income he earned from image rights via companies in Belize, Britain, Switzerland and Uruguay.

Ronaldo is accused of defrauding the authorities of €14.7 million in tax through offshore companies.