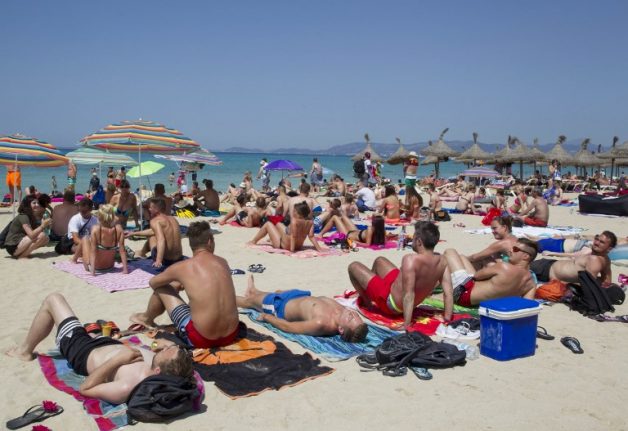 Authorities are cracking down on bad tourists. Photo: AFP

In what is the first move of its kind, officers from the Civil Guard detained the pair on suspicion of encouraging holidaymakers to make dishonest compensation claims.

The two, who have not been named, are believed to be linked to a firm that offers no-win, no-fee solicitors to those who claim, once they have returned to the UK, that they were too sick to leave the hotel room.

The number of sickness claims rose by 700 per cent in 2016, the head of CEHAT Secretary General Ramon Estalella said on Tuesday at a meeting of the hotel sector at the Ministry of Tourism in Madrid, which included delegates from the Association of British Travel Agents (ABTA).

Among the “stringent measures” to be implemented this year will be a ‘traceability' scheme that will see guests have their consumption of food and drink tightly monitored.

Hotels will also start a campaign involving the distribution of leaflets explaining that false insurance claims constitute a ‘criminal offence' in Spain.

CEHAT claims that there the system is flawed because “according to the British officials themselves, it is cheaper to deal with the claims quickly rather than enter into expensive legal process,” the association said in a statement.

“Tour operators also use a dominant market position to impose contracts under which hoteliers become responsible for all types of claims.”