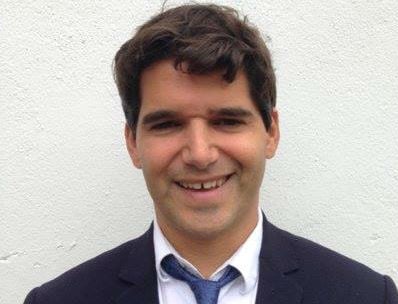 The delay in the formal identification of Ignacio Echeverría led to speculation that British authorities had something to hide. Photo: Joaquin Echeverría

Speculation was rife in Spain as to why it could take four days to formally identify the 39-year-old bank analyst as among those killed in Saturday’s terrorist attack at London Bridge.

Some suggested that perhaps he had been accidentally shot by the armed response unit who arrived at the scene within 8 minutes of the alarm being raised and killed the three terrorists in a hail of 50 bullets.

And if Ignacio Echeverría was killed by mistake the English police and hide it because thursday there are elections in the UK? #LondonAttack

Fears that a cover-up was at play were fuelled after the family of Echeverría were initially told they would have to wait until Friday – a day after the UK votes in a general election – before they could view the body of their loved one.

But on Thursday, faced with persistent calls from Spanish media over the matter, Scotland Yard press office issued a formal statement.

“As soon as the events of Saturday night became clearer we confirmed that when officers confronted the terrorists a member of the public also suffered gunshot wounds,” read the statement sent by email to The Local. “That person remains in hospital at this time where they (are) receiving medical attention.

“We do not recognise allegations that are circulating in the Spanish media that a member of the public was fatally shot by police.”

British authorities have been strongly criticized for the delay in confirming that Echeverría was among the eight dead.

Spain’s Interior Minister Juan Ignacio Zoido said he found it “very strange that it takes so long to identify a person, above all taking into account how the facts (of the attack) have been established”.

While Foreign Minister Alfonso Dastis had personally taken up the cause, calling his counterpart in London, Boris Johnson, to urge him to step up efforts to identify victims of the attack as he slammed the delay as “inhumane”.

He again called him to insist the family be allowed access to Echeverría, and they were allowed to view him at the morgue in St Thomas’ hospital on Thursday morning.

Reports suggested that it was known that the Spaniard was among the dead since British authorities received his finger prints on Monday, but the UK protocol demanded identification by DNA before his family could be told.

Speaking in London on Thursday morning, the victim’s sister, Ana Echeverría, said that the manner of Ignacio’s death and the way people had reacted meant “something very sad and very tough is turning into something more beautiful and magnificent, which makes us love our brother, our family, our friends and our country even more”.

Spanish Prime Minister Mariano Rajoy said Echeverría’s heroic actions would never be forgotten, and said he would be recommended for a posthumous award for his bravery.

Guillermo, one of two friends of Echeverría who was with him at London Bridge, described how the skateboarding fanatic rushed to the rescue of a woman.

“It looked like there was a fight ahead of us, what appeared to be a very angry man was beating up a girl. In a flash, Ignacio was there, trying to protect the woman and hitting out at all the guys there, the terrorists. A skateboard against a knife wielded by three or four guys is going to get you killed. You have to have a lot of courage,” he told Telecinco.

“The next thing, Ignacio was on the ground and I lost sight of him, then they came towards me, and I got out of there as fast as I could,” he said.

Adding: “I am so very sorry, He was a great guy. And the time that Ignacio was with them (the terrorists) is time that gave other people the chance to get away.”