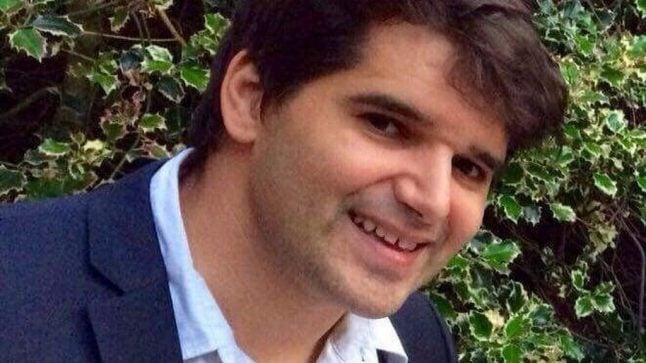 Ignacio Echeverría has been missing since the attack on Saturday evening at London Bridge.

Friends describe how the 39-year-old didn’t think twice before running to help the unknown woman and was seen swiping his skateboard at a knife-wielding terrorist.

READ MORE: Family search for hero Spaniard who took on terrorist with skateboard In the ensuing panic, his two friends lost sight of him but believe they caught a glimpse of him lying on the pavement.

“He was lying on the ground after defending the woman with his skateboard. He was brave, getting involved to save the woman,” his brother recounted in a Facebook post.

But since then, nothing.

His sister, Isabel, who also lives in London with her husband and young daughter, was quickly alerted that her brother had been caught up in the attacks and spend the night visiting various hospitals in the capital in an attempt to locate him among the 49 wounded.

However, she wasn’t given access to the hospitals and was unable to confirm whether he was among the wounded or not. On Sunday morning she posted a plea for help to find him, and the post spread quickly across the internet.

At first the family was hopeful, believing that having provided a detailed description of Echeverría, including a distinguishing scar on his forehead and a gap between his two front teeth, as well as an account of what he was wearing that night, British authorities would be able to discount him among the seven dead.

No news is good news, after all.

But on Sunday evening, the family were asked permission for Spanish authorities to pass on his finger prints – which are taken as standard during the identity card process – and provide a DNA sample.

On Tuesday family members from Madrid, where the family lives in the upmarket suburb of Las Rozas, were flown to London.

Writing on Facebook, Isabel thanked the Spanish airline Iberia for organising flights to bring her family to London and praised HSBC, her brother's employers, who had hired a private investigator to help in the search.

The Spanish ambassador to London, members of the consulate, and the Spanish foreign minister and his team were all thanked by family members for their support and help.

Alfonso Dastis, Spain’s foreign minister, had personally taken up the cause, calling his counterpart in London, Boris Johnson, on Monday evening to urge him to step up efforts to identify victims of the attack.

“The delay is adding to the pain and anguish of the families,” Dastis complained.

But London was insistent. “Strict protocols must be followed to avoid misidentification,” and on Tuesday evening the family were again told to be patient.

“We continue without news. The British authorities have asked us to wait another 24-48 hours for information,” wrote Joaquin.

Fernando Vergara, the brother-in-law of Mr Echverría, expressed the family's distress directly to the Prime Minister Theresa May.

“Families of the victims of LB attacks feel mistreated by lack of information leading to unnecessary agony. 63 hrs still no news,” he wrote in a tweet to the PM.

@Number10gov families of the victims of LB attacks feel mistreated by lack of information leading to unnecessary agony. 63 hrs still no news

In the meantime, misinformation spread. OK Diario published a story on Tuesday evening claiming that Echevarría had been confirmed among the dead.

Meanwhile even his aunt, Isabel Durán, was forced to clarify a tweet in which she said “he is in heaven now with his inseperable skateboard”, adding later that there was no official confirmation of his death.

All across Spain, people began to question how it could take British authorities so long to determine his fate and reveal it to his family.

Someone even started a Change.org petition calling on Theresa May, Boris Johnson and Spain’s Interior Minister Juan Ignacio Zoido to “release information now”.

“This is inhuman and incomprehensible. How long do the British Police need to identify 48 wounded and 7 dead??” the petition asks.

And more sinister theories as to why British authorities were dragging their feet began to circulate.

Echeverría’s sister told Spanish newsite El Confidencial that she believed Theresa May’s government “isn’t giving out information because of how close the election is”.

While one commentator suggested that perhaps the delay was part of a cover-up and that police had accidentally shot Echeverría mistaking him as one of the attackers.

And if Ignacio Echeverría was killed by mistake the English police and hide it because thursday there are elections in the UK? #LondonAttack

And as the hours go by, hopes fade.

“We’ve had no news and at the moment, given that the wounded have been identified, I’m very pessimistic,” the hero's father, Joaquin Echeverría, told Spanish daily El Pais.

“By now you would have thought he’d have been identified and it seems he’s not among the wounded.”

READ MORE: Family confirm Ignacio Echeverría is among the dead