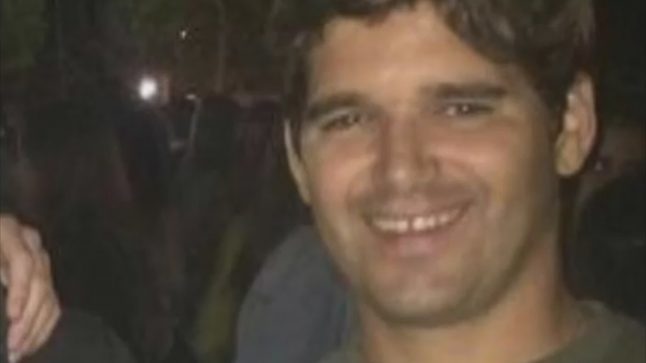 Ignacio Echeverría has been confrirmed as among the dead after London Bridge attack.

A message posted by his sister Isabel confirmed the worst.

“Hello everyone, the Echeverría Miralles de Imperial family wants to thank the consulate, embassy, ministries, the president and all of the Spanish government and Spanish police, HSBC, Iberia, the family, friends (especially Guille and Javi who were there), friends of the family and people we don’t know that have helped search for my brother and supported us. And to the press and all the Spanish people that have been with us at all times and the people in London who have supported us. My brother Ignacio tried to stop the terrorists, and lost his life trying to save others. Igna, we love you and will never forget you.”

The message, posted just after 3pm on Wednesday in London, brought an end to what had been described as an “agonizing” and “inhumane” wait after British authorities delayed official confirmation of the 39-year old's death for “reasons of protocol”.

While the whole of Spain wondered what could be taking so long about the identification, senior Spanish politicians had publically criticized British authorities.

Juan Ignacio Zoido told Spanish public radio on Wedneaday that he found it “very strange that it takes so long to identify a person, above all taking into account how the facts (of the attack) have been established”.

Reports suggested that it was known that the Spaniard was among the dead since British authorities received his finger prints on Monday, but the UK protocol demanded identification by DNA before his family could be told.

Guillermo, one of the friends of Echeverria who was with him at London Bridge, described how the skateboarding fanatic, who worked as an analyst at HSBC, rushed to the rescue of a woman during the London Bridge attacks on Saturday.

“It looked like there was a fight ahead of us, what appeared to be a very angry man was beating up a girl. In a flash, Ignacio was there, trying to protect the woman and hitting out at all the guys there, the terrorists. A skateboard against a knife wielded by three or four guys is going to get you killed. You have to have a lot of courage,” he told Telecinco.

“The next thing Ignacio was on the ground and I lost sight of him, then they came towards me, and I got out of there as fast as I could,” he said.

Adding: “I am so very sorry, He was a great guy. And the time that Ignacio was with them (the terrorists) is time that gave other people the chance to get away.”

Tributes are flowing in for the hero, including a tweet from Prime Minister Mariano Rajoy. “Saddened by the murder of Igancio Echeverría, my condolences to his family. He will be always be remembered for his heroic and exemplary act.”

“Ignacio Echeverria's exemplary attitude during the attacks is, for all, a model of solidarity,” it said in a statement.

“His courage in defending a defenceless person helps to remember the necessity of remaining united in the face of the scourge of terrorism, faced with those who make violence and terror their only language.”

Echeverria's sister Ana also said the family had not yet been able to see the body.

“We want to see and be with Ignacio's body. It seems that we won't be able to be with his body until Friday at the earliest,” she wrote on Facebook.

READ ALSO: Family search for hero Spaniard who took on terrorist with skateboard