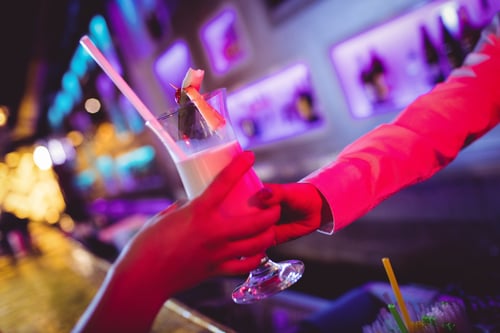 The advert recently placed by Benidorm beachfront bar Richard New Look has provoked a storm of controversy over its sexist overtones for insisting that successful applicants must not only be good looking but also single.

“We’re looking for girls, 18 years plus, good-looking and with good physique, lots of experience making drinks and good with people. Responsible and single. We don’t want boyfirends sick with jealously hanging around at 5am waiting to take you home, much less in the bar trying to control you,” read the advert.

“These are the conditions, simple and straightforward and if you don’t like them, don’t waste our time applying for the job.  It’s obligatory to wear heels or platforms.” it adds. Julio Granado, the bar manager in charge of the hiring process has since pulled the advert that was posted on Facebook and Instagram after a wave of criticism.

“I’ve been insulted, called a sexist pig and worse. I’ve even had death threats,” he said in a statement posted on Facebook. And while he apologized if anyone felt offended he insisted that there was good reason behind the criteria.

“We don’t want girls working while their boyfriends come in and watch them, sick with jealousy,” he explained. “It’s happened before and it causes terrible fights.”

Likewise, the requirement to wear heels. “It’s a question of reaching over the bar,” Granado insisted. “If you are tall then it’s not a problem but if you are too short then you just can’t reach over so you have to wear heels,” he said.

“You can state physical requirements when advertising a vacancy for men, and no-one will say a thing,” he bemoaned.

“But the moment you do it about women, it provokes a war,” he said.