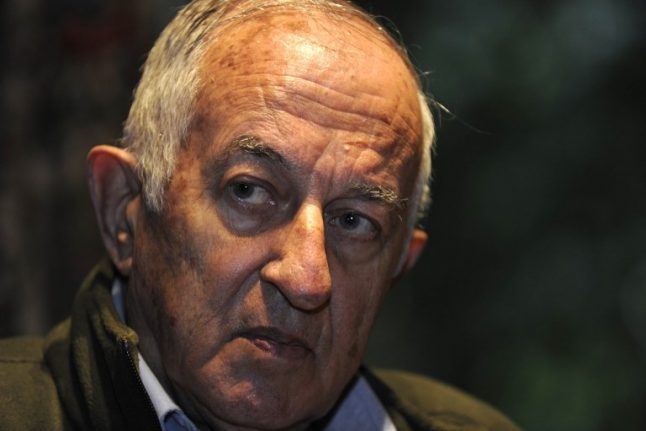 The work of Juan Goytisolo was banned under Franco. Photo: AFP

Goytisolo died on Sunday at his home in Morocco, surrounded by his family, according to a statement from the Carmen Balcells agency in Barcelona.

In 2014, his work won him the coveted Cervantes literary prize, Spain's version of the Nobel.

Goytisolo built his reputation as a novelist, essayist and poet, always willing to take a non-conformist line. He was known for his defence of the Arab world and for his links with Latin America.

Although widely respected today, his work was banned in Spain at the time of General Francisco Franco's military dictatorship.

His family said he had suffered ill health in recent months and a fractured hip had left him confined to a wheelchair.