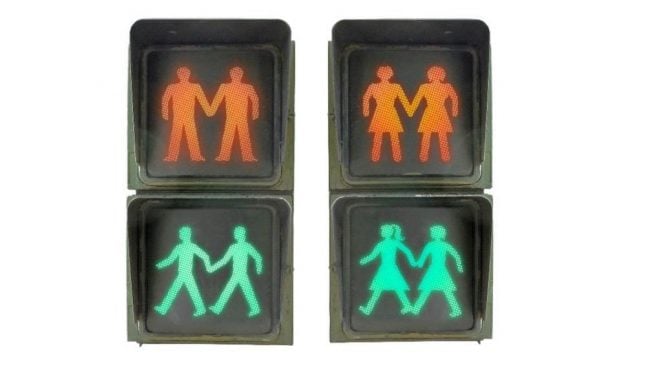 Instead of the single green man signalling it’s safe to cross the road, he will be joined by a same-sex partner, sometimes appearing holding hands and with a loveheart between them.

READ MORE: Five reasons why Spain is a great place to be gay The outline of two women representing a lesbian couple will also appear on some of the signals at 72 crossings in the Spanish capital as part of an initiative by the administration of left-wing mayor Manuela Carmena.

City authorities are also considering replacing traditional black and white zebra-crossings with rainbow colours for the duration of the festival, which takes place between June 23rd and July 2nd.

Gay Pride is held each summer in Madrid attracting more than two millions visitors but this year the fiesta is expected to be even bigger than ever as the city hosts the World Pride celebrations.

Festivities are centered in Madrid’s Chueca district with a huge parade planned for Saturday July 1st which more than three million people are expected to participate.

The installation of the new pedestrial crossing symbols has a budget of €21,747 but the festival itself is expected to bring in more than €300 million to the city.