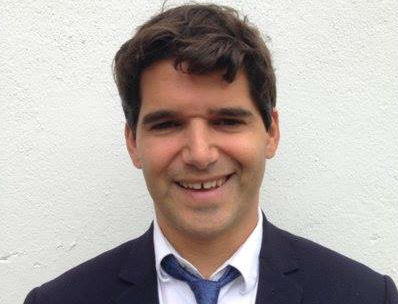 The 27-year-old from Madrid was with a group of friends on their way back from skating when they witnessed the attack in which at least seven people were killed and more than four dozen injured.

An eye-witness told his family how, rather than run for safety Echeverría, who works for HSBC in London, rushed to help a woman he saw being stabbed.

“He jumped off his bike and hit the assailant with a skateboard,”  his brother, Joaquin, wrote on Facebook. He was last seen “lying on the ground after defending the woman with his skateboard. He was brave, getting involved to save the woman.”

His family have taken to social media to appeal for information, after failing to trace him at the hospitals where the injured are being treated.

The Red Cross in Madrid last night launched an appeal for information about Echeverría’s whereabouts on Twitter.

It said: “Ignacio was in the London Bridge area with friends when the terror attacks happened.

“He was last seen falling to the ground by his friends after trying to defend one of the victims.

“He was wearing a gold chain, Vans black trainers, jeans and a black or dark top.

“He has a small scar above an eyebrow, close to the hairline.”

The family are in close contact with the Spanish consulate in London and the police authorities. So far they have been told that he is not on the list of casualties but have been asked for his fingerprints.

“Hello to all those who are helping us,” wrote his brother Joaquin in a Facebook post. “We have been asked for Ignacio’s fingerprints. Not a good sign.”