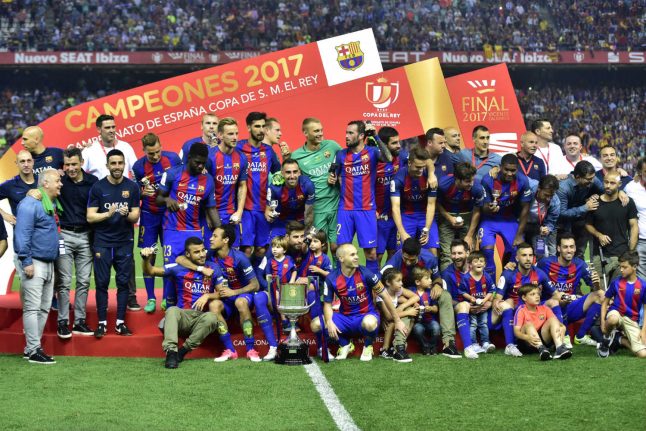 Victory means Enrique bows out after three seasons in charge with nine trophies to his name, including the Cup in every year of his reign.

However, once again it was Messi who inspired Barça to bounce back from the disappointment of losing their La Liga title to Real Madrid last weekend with a stunning individual display.

“He is extraordinary, an extraterrestrial,” said Enrique of Messi after he lifted his 30th trophy at Barça a month ahead of his 30th birthday.

“I have had the opportunity to enjoy the best of Messi, at his peak athletic performance.

“He is the number one as he shows in his performances and it has been a true pleasure.”

Alaves boss Mauricio Pellegrino was equally in awe of the five-time World Player of the Year.

“He is an out of the ordinary player,” said Pellegrino.

“He has the ability to create goals as well as score them with the precision of his passing.” In stark contrast to Barça's glorious run of six finals in seven years, Alaves were appearing in Spanish football's showpiece for the first time.

The Basques were roared on by the more enthusiastic support at a far from full Vicente Calderon in its last competitive fixture before Atletico Madrid move home next season.

And Alaves were left wondering what might have been had they gone ahead when Ibai Gomez's effort came back off the post, ricocheted off the back of Barça 'keeper Jasper Cillessen but somehow squirmed along the goal line and not into the net on 27 minutes.

Three minutes later Messi kicked off a thrilling four-goal spell in the final 15 minutes of the half as he exchanged passes with Neymar before curling his 54th goal of the season.

On-loan Atletico Madrid left-back Hernandez has been courted by Barcelona, but looks set to become the first player to cross the Madrid divide since 2000 by signing for Real Madrid in the coming weeks.

And the 19-year-old showed why he is in such demand by bending a sumptuous free-kick into the top corner.

Messi saw a free-kick of his own beaten away by Fernando Pacheco, whilst Ivan Rakitic drilled a low shot just wide as Barça immediately reacted to conceding.

Fittingly, Messi was involved once more when Barça did regain the lead as he received Neymar's pass before playing in Gomes and the Portuguese's low cross was tapped home by Neymar at the back post as he scored for the third consecutive season in the Cup final.

Barça then put the game to bed in first-half stoppage time when Messi again pulled the Alaves defence apart and his reverse pass freed Alcacer to smash the ball beyond Pacheco into the far corner.

Victory saw Enrique seal a ninth title of a largely successful three-year spell in charge despite missing out on La Liga and the Champions League this season.

However, he insisted he had no regrets over his decision to not renew his expiring contract after being worn down by the pressures that come with being Barça boss.

“I am the one who decided it was best to stop and it has worked out perfectly.

“I think it has for the players too. As I understand this profession it is of the highest demands with a daily grind.

“We would have liked to have won La Liga again and be taking part in the Champions League final, but it wasn't to be and I think the fans are aware of the effort and the sacrifice of the players.”

Alaves coach Mauricio Pellegrino hailed his players' efforts after an excellent season in which they also finished ninth in La Liga on their return to the top flight.

“I have a contradictory feeling given the disappointment of the result given the desire we had to do something more, and also the feeling of thanks to the players not only for what they did today but during the whole year,” said the Argentine.

“My plan was to get to the end of the game still with a chance and that third goal was the one that changed the result, but not the spirit of the players which is why I feel so proud of them.” 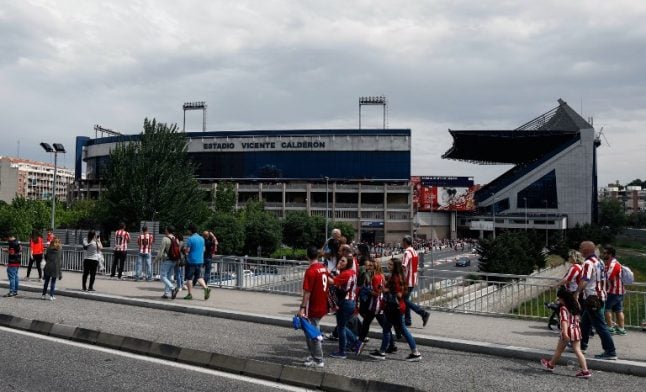 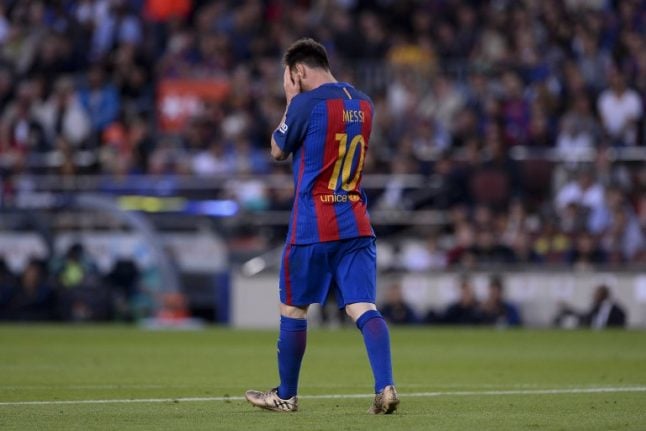