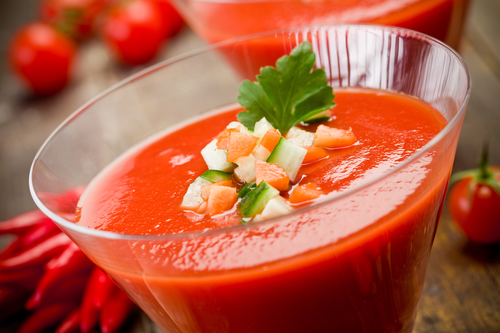 The mercury starts to rise…and rise Ah sunny Spain. That old cliché is never truer than in summer, when the intense heat creeps up on you and refuses to leave for at least the next three to four months.

Everyone is talking Operation bikini It’s hard to escape operation bikini in the run up to summer – the diet many Spaniards start to make sure they are in shape for the beach. Cafes even have “bikini” sandwiches – low fat alternatives for those watching their figures. Many foreigners visiting Spain would happily plunge into a pool in mid-March, but Spaniards are very particular about the seasons and many pools only open during strict summer opening times – In Madrid they open on May 15th until September 22nd. So once the pools are open, you know summer is officially here. Most of us would love to head to the beach at the first sign of summer but be warned, a nasty gelatinous beast awaits in the shallows. Warmer seas and the overfishing of their natural predators has led to a rise in jellyfish numbers across the Med, with the disappointing result that bathers risk a sting when they go for a dip. Spaniards love nothing more than spending a lazy summer afternoon on a terrace or rooftop bar and they really come into their own in the summer months. A perfect way to cool down when the city is almost unbearably hot at ground level, you know summer is on the way when everyone heads to the rooftops. When you notice everyone around you drinking big glasses of tinto de verano – a mixture of red wine and lemonade – you know summer is on its way. While tourists stick to sangria, tinto de verano is a much more authentic summer drink among Spaniards, and is guaranteed to quench that summer thirst.

Get ready to party! The 'Battle of the Wine' festival. Photo: AFP

You might think Spain is really a year-round fiesta and it's true, there are festivals throughout the year, but nothing beats the summer fiesta season. From epic wine battles to the traditional Pamplona running of the bulls and everything in between – Spanish summer is full of quirky festivals. Gone are the hearty tripe dishes, the bean casseroles and winterwarming stews. Instead enjoy summer salads and that Spanish staple of the season – Gazpacho! “Closed for the month of August”. Photo: Jessica Jones

School children head home early from the start of June and office workers shift their working hours to an early start and an early finish from July.  Wander around any Spanish city, even the metropolises of Madrid and Barcelona, and a common sight will be a shuttered-up shop with a hand written sign: “Cerrado por vacaciones” (Closed for the holidays). Many Spanish restaurants and shops close for the whole of August. A surefire sign that summer is here is when you start to notice that most women are carrying a fan and swatting furiously to give themselves a short respite from the heat.

HEALTH
LISTED: The 14 sun creams Spain wants to take off the market
Url copied to clipboard!