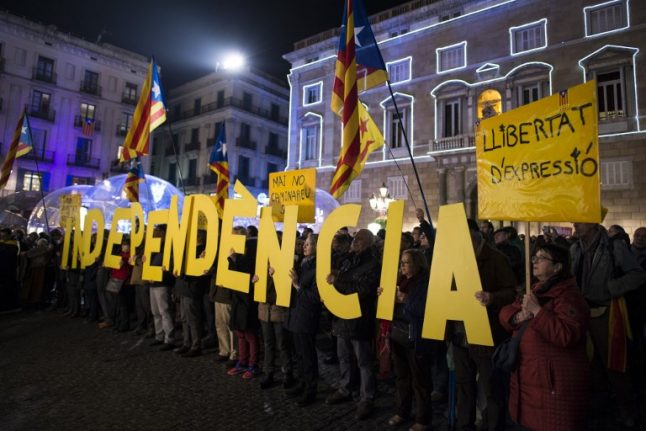 “The threats and blackmail which have been put on the table are intolerable,” Prime Minister Mariano Rajoy told a hastily convened press conference.

What Catalan leaders “intend to achieve is the complete rupture of what Spain is today,” he added.

Rajoy was reacting to a report in El Pais which said Catalonia's regional government was prepared to immediately declare independence for the wealthy region unless Spain's central government lets it hold a binding independence referendum.

The Catalan government denied the report, saying in a statement its priority was still to reach an agreement with the central government to hold an independence referendum.

A Catalan government source told AFP that the document cited by El Pais was a “very preliminary draft written several months ago which is nothing like the text that exists today”.

The newspaper report comes as the president of Catalonia, Carles Puigdemont, is due to outline his independence referendum plan at a conference in Madrid later Monday.

Puigdemont has vowed to hold a referendum by September — with or without the approval of the central government.

Rajoy's conservative government argues that it could not permit such a vote since it would be unconstitutional — a stance supported by the judiciary.

Parties that want Catalonia, which has its own distinct language and customs, to break away from Spain won a majority of seats in the regional parliament for the first time in 2015 local elections.

Recent attempts by Madrid to interfere with Catalan education have further stoked passions as did a 2010 ruling by Spain's Constitutional Court that struck down part of a 2006 autonomy statute that recognised Catalonia as a “nation” within Spain.