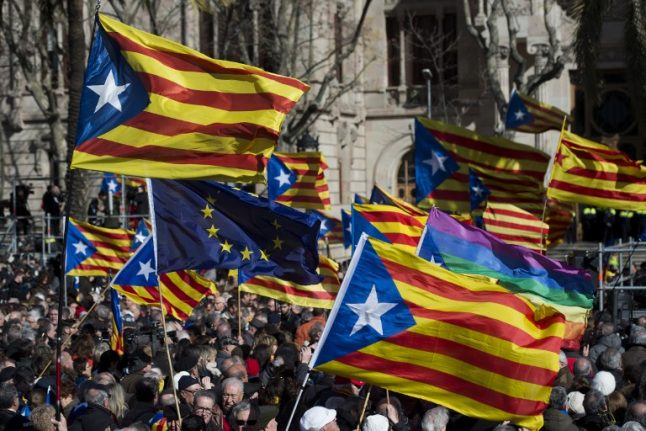 Deputy Prime Minister Soraya Saenz de Santamaria made the offer ahead of Puigdemont's planned visit to the Spanish capital on Monday where he will speak about the plan at a private conference.

She reiterated the government's position that it could not permit an independence referendum as the vote would be unconstitutional – a stance supported by the judiciary.

“But what our legal system allows is that the legitimate representatives of all Spaniards debate any proposal,” the deputy prime minister added.

Parties that want Catalonia, which has its own distinct language and customs, to break away from Spain won a majority of seats in the regional parliament for the first time in local elections in 2015.

The Catalan government has vowed to hold an independence referendum by September — with or without the approval of the central government.

Recent attempts by Madrid to interfere with Catalan education have further stoked passions as did a 2010 ruling by Spain's Constitutional Court in 2010 that struck down part of a 2006 autonomy statute that recognised Catalonia as a “nation” within Spain.