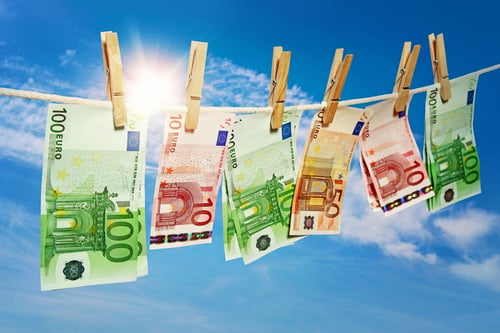 Every week yet more corruption scandals come to light in Spain, implicating everyone from members of the Royal household to financial corporations, sports personalities and politicians.

Spain plummeted down the rankings of last year’s Corruption Perceptions Index, produced by Transparency International, scoring just 58 points, seven points lower than in 2012 and lower than most Western European democracies.

On Friday, delegates from Transparency International met with the Prosecutor General of Spain to urge “immediate action”.

“Corruption in Spain distorts policy making and hurts people’s basic rights for the benefit of a few. Just looking at recent scandals like the Pujol case in Catalonia, the linkages between the ruling People's Party and the construction group OHL, the Gürtel case, the Bankia fraud and Rodrigo Rato, gives a sense of the scale of the problem,” said José Ugaz, Chair of Transparency International.

“This does not need to remain this way. Spain has the democratic maturity, the institutions and a vibrant population and can reverse this trend and stand up to corruption, including grand corruption,” added Ugaz.

READ ALSO: Justice for all? Spanish lessons on corruption and draining the swamp

It called on the government to adopt a series of measures, including safeguarding the independence of the judiciary, to ensure Spain cleans up its act.

“The first step should be to reverse the appointment of the anti-corruption prosecutor who has been widely called into question for a potential lack of impartiality given his links to the ruling party,” said a statement from the organization.

“Transparency International urges political forces in the country to stop looking at corruption as part of the political and electoral struggle for power and instead come together in a broad coalition to deal with the challenge of systemic corruption as a policy of state that transcends specific political parties.

“The institutional and legal infrastructure for preventing corruption and punishing corrupt acts needs to be improved in dialogue between the government, political forces and civil society. It is urgent that the judiciary operate in a professional manner, free of political intervention, so we can start seeing timely and effective sanctions for those responsible for corruption,” said Ugaz.

This year has seen a number of high profile convictions for corruption, including six-years in prison for Iñaki Urdangarin – former Duke of Palma and husband to Princess Cristina, the youngest sister of Spain's King Felipe VI – and Rodrigo Rato – the former International Monetary Fund director.

Even Spain's prime minister, Mariano Rajoy, has been called to testify as a witness in the Gürtel case, a far-reaching corruption scandal that has implicated the top echelons of the ruling Popular Party.