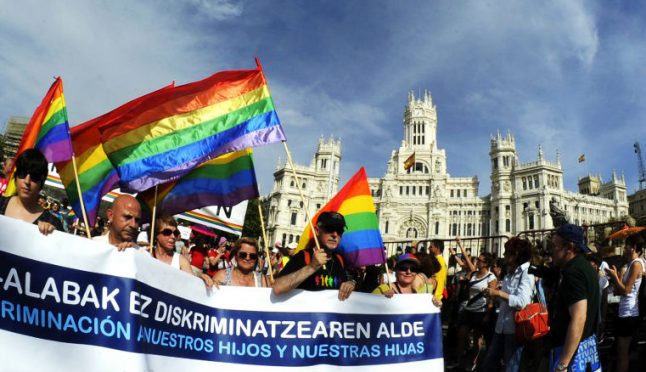 Malta retained its pole position as the most gay friendly nation in Europe for the second year running after introducing a gender identity law and ban on harmful conversion practices.

The report ranked 49 countries based on their laws pertaining to same-sex marriage, adoption, rights for transgender people, and more.

The report noted that in Spain there was a worrying rise in hate crimes as well as hate speech and discrimination.

“Hate speech, in several instances from prominent church officials, directed at LGBTI people was a negative trend in 2016,” stated the report. “The language used referred to anti-discrimination laws as a negative development, spoke of a trend of so-called ‘gender ideology’ or questioned the morality of LGBTI people. In one specific case, the director of a Catholic school was fined after comparing hate crime laws with terrorism.”

“Even within the police, bias-motivated harassment was raised as an issue in December by a lesbian member of the force. LGBTI NGOs continued to assist individuals who reported violent incidents; a Madrid-based NGO had recorded more than 200 LGBT hate crimes over the course of the year,” it said.

Jesus Generelo, president of Spain's FELGTB,  blamed Spain's drop in the rankings on “the inaction of the central government” and points out that “the only reason we continue to be in the top ten is thanks to the fact that several autonomous communities are approving specific legislation “.

The report did acknowledge those positives. “Several regions bolstered their family law provisions by opening access to assisted reproduction techniques to all women,” it said, referring to new guidelines in Catalonia and Castile-La Mancha.

READ MORE: Five reasons why Spain is a great place to be gay

It also applauded several sportspeople who came out publicly during the year. Jesus Tomillero (pictured above) became the first football referee to come out as gay; he received an honour award at a ceremony (named after activist Pedro Zerolo) in November.

The Rainbow rankings in full: