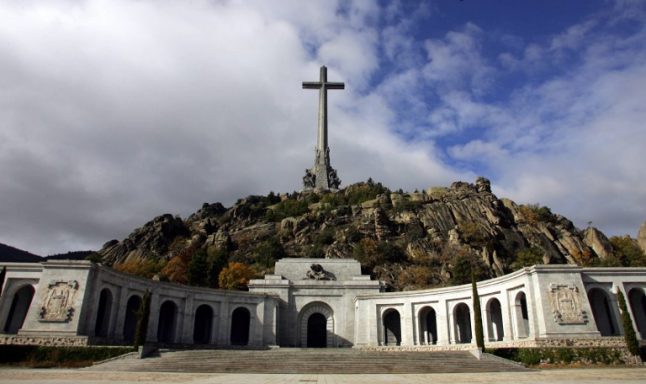 Spain’s lawmakers are expected to approve a motion urging the government to begin the process that will see the controversial site transformed from a monument glorifying the fascist dictator into a place of reflection and reconciliation that “acknowledges the victims of the civil war and ensuing dictatorship”.

But will this actually result in the exhumation of Spain’s most controversial leader? The Socialist Party has proposed a motion calling for Franco’s remains to be buried elsewhere and for the site to be transformed “so that it stops being a place of Francoist and National-Catholic memory and becomes a space for a culture of reconciliation, democratic collective memory, and dignifies and acknowledges the victims of the civil war and the dictatorship”.

All political parties have said they will support the motion, except the governing Popular Party of Mariano Rajoy which will oppose it. But as the PP does not have a majority in the 350 seat parliament it is likely to sail through.

Approval of the motion would only be symbolic, and the government is not legally bound to have to implement any of the measures. So it depends on whether the government of Mariano Rajoy feels under significant public pressure to act.