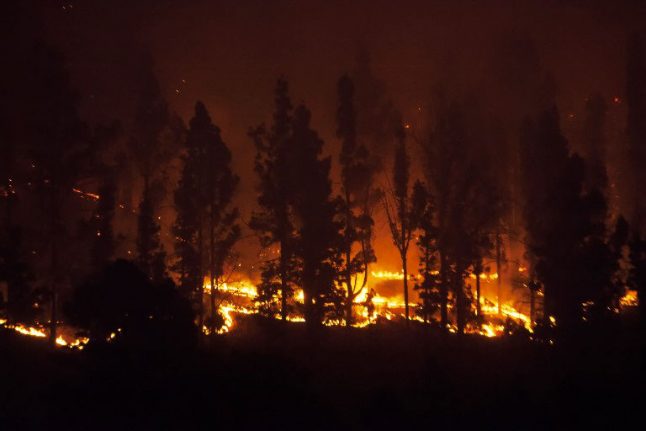 Scott Verdine Stumpf admitted to accidentally starting the blaze in August last year after attempting to burn soiled toilet paper following a call of nature in the woods off a forest trail.

The wildfire devastated around 5,000 acres of forest, engulfing the town of El Paso and forced the evacuation of hundreds of residents.

Verdine, a loner who was reportedly living in a cave on the island at the time, was arrested by a Civil Guard patrol who discovered him walking along the road as they went to the scene once the forest fire alarm was raised.

The fire claimed the life of a Francisco José Santana, a 54-year-old forest ranger and father of five, who was a member of one of the teams battling to control the flames.

A provincial court in Santa Cruz de Tenerife ruled that Verdine should also pay €1.8 million ($2 million) for the restoration of the affected forest areas and compensate the relatives of the deceased forest worker.