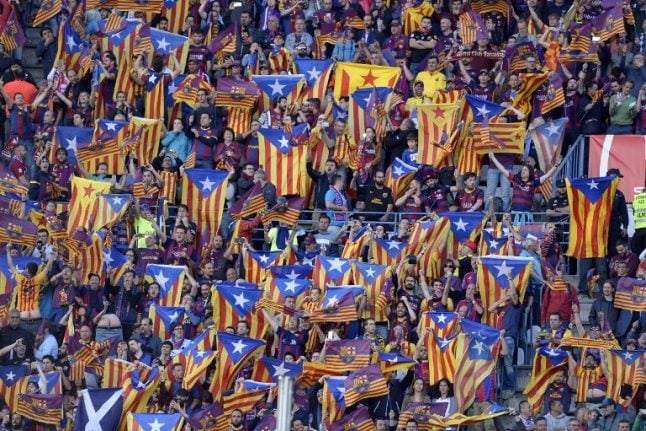 A brief statement released by the reigning Spanish champions said they “agreed with the National Pact for the Referendum, the campaign to gather support from institutions, organisations, those in elected office and individuals inside and outside Catalonia.”

Catalonia is currently governed by the Junts Pel Si (Together for Yes) coalition that backs breaking away from the rest of Spain.

Puigdemont has promised to hold a referendum in September, regardless of whether Spain's Prime Minister Mariano Rajoy agrees.

Rajoy has already stated several times that he will not permit a referendum, saying the Spanish constitution does not allow it.

A non-binding vote was held by the Catalan government in 2014, with more than 80 percent voting in favour of independence.

Former Catalan president Artur Mas was given a two-year ban from public office for organising the referendum, which was illegal.

Barcelona, who are currently top of La Liga and whose motto declares they are “more than a club”, have always maintained close links with Catalanism.

In recent years the Catalan separatist flag, known as the “estelada”, has become a frequent symbol among the club's fans.

The display of these flags at Champions League games has got Barcelona into trouble with UEFA, European football's governing body fining them €150,000 ($165,000) last year.

UEFA regulations prohibit any “messages of a political nature” being shown at games.

Barça initially said they would appeal the fine to the Court of Arbitration for Sport but later let it drop, while UEFA said they would review their rules on political symbols in stadiums.