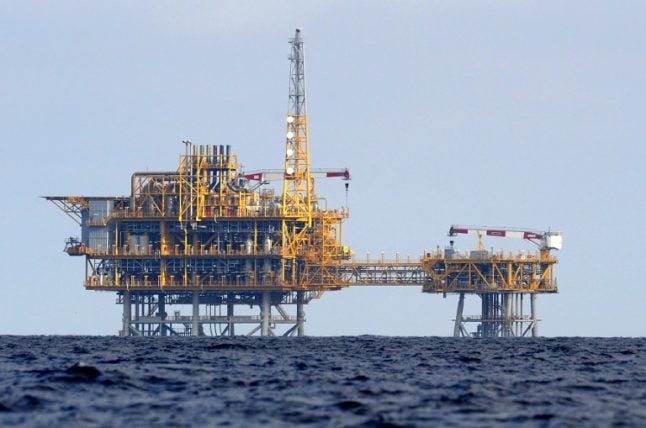 The Castor storage plant in the Gulf of Valencia. Photo: AFP

The government suspended the injection of gas into the Castor storage plant in the Gulf of Valencia in September 2013 just months after it started operating, following hundreds of minor earthquakes in the area.

A study by Harvard University and the Massachusetts Institute of Technology (MIT) commissioned by the government in October 2015 concluded there was a probable link between the quakes and the storage plant, the energy ministry said.

“The localisation of the tremors coincide with the Amposta fault line and the studies conclude that these faults were put under stress as a result of the gas injections,” the ministry said in a statement.

The study also concluded “that there is no absolute certainty that there will be no new seismic movements in the area if the facility goes into operation,” the statement added.

As a result the government will not reopen the plant, located off Spain's eastern coast between Barcelona and Valencia, the ministry said.

The plant was meant to store gas in a depleted oil reservoir 1.7 kilometres (1.05 miles) under the Mediterranean and send it via a pipeline to Spain's national grid.

It can hold up to 1.3 billion cubic metres of gas, enough to meet the needs for the region of Valencia, which has a population of around five million people, for three months.

About 100 million cubic metres were injected into the plant before the government suspended its activity in 2013 while scientists studied the cause of the tremors.

The government in 2014 paid the consortium that built the plant, including Canada's Dundee Energy and Spanish builder ACS, €1.35 billion ($1.47 billion) in compensation for not being able to operate the plant.