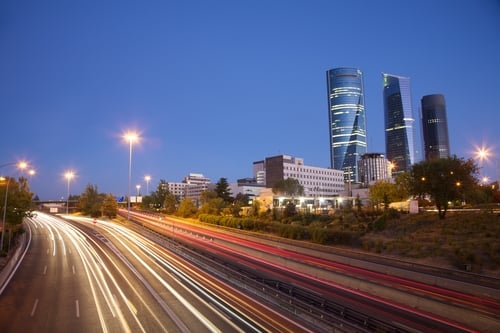 Gross domestic product (GDP) expanded by 0.8 percent between January and March from the previous three months, slightly higher than the last quarter's 0.7 percent growth, according to preliminary figures from the national statistics institute INE.

Prime Minister Mariano Rajoy last week upgraded Spain's economic growth forecast for the whole of 2017 to 2.7 percent due to a stronger-than-expected performance at the start of the year.

READ MORE: Spain bumps up its growth forecast as tourism and exports thrive

He added that this new forecast was “prudent” and “below the majority of forecasts.”

Whatever the final number, growth this year will slow compared to 2016 when it reached 3.2 percent as consumption picked up on the back of falling unemployment, strong exports and a thriving tourism sector. Low oil prices and interest rates were also positive factors.

Nevertheless, growth still remains much higher than in the eurozone overall, which saw an average GDP increase of 0.4 percent in the last quarter of 2016, according to the most recent Eurostat statistics.

The Spanish government believes sustained growth will create 500,000 new jobs every year until 2019.

Spain still suffers from a high jobless rate that stood at 18.7 percent at the end of the first quarter – the second highest in the eurozone after Greece.