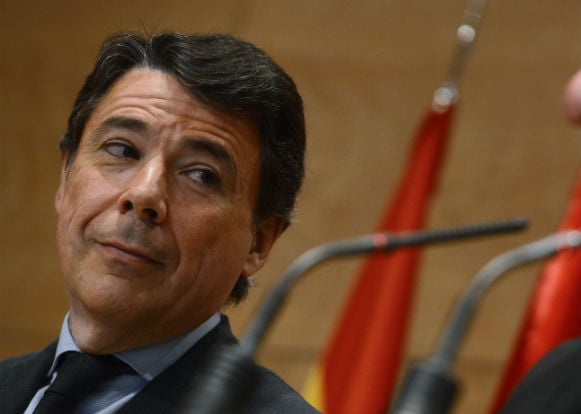 Ignacio González, former president of the Madrid regional government is the latest PP politician to be detained

The arrest comes a day after a court summoned conservative Prime Minister Mariano Rajoy to testify as a witness in a graft trial involving former PP politicians, the first time in modern history that any Spanish premier will have to take the stand.

In a statement, the PP said Ignacio González, former president of the Madrid regional government, was one of those arrested.

The probe centres on the alleged theft of funds belonging to publicly-owned Canal de Isabel II – which runs water resources in the Spanish capital and its surrounding towns and villages – during the previous Madrid regional government administration, the court spokesman said.

In its statement, the PP said it had suspended González as a member of the grouping, adding that it “rejected all forms of corruption, no matter where it comes from.”

The PP has been particularly hard hit by graft allegations, but its rival Socialists have also been affected.

Although the PP still won a general election last year, it failed to retain the absolute majority it won in 2011, and Rajoy now heads a minority government.