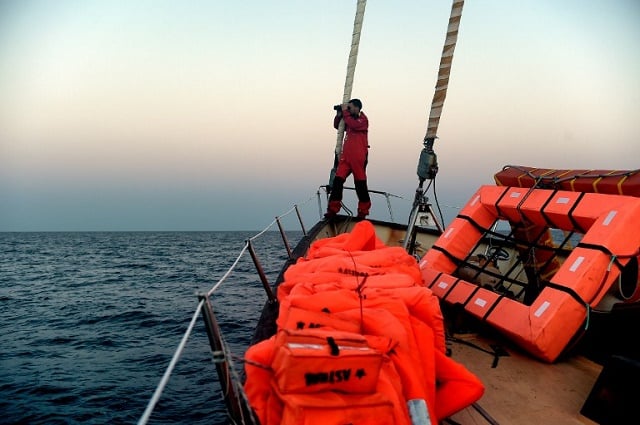 Allegations by Frontex that donor-funded rescue vessels may have colluded with traffickers at the end of last year prompted Italian prosecutors to begin an informal investigation into their funding sources.

“The declarations by Frontex and political authorities are intended to discredit our actions and erode our donors' trust,” said Proactiva Open Arms head Riccardo Gatti.

“They are trying to say that we support the smuggling or the traffickers themselves,” he said.

In a report cited in December by the Financial Times daily, Frontex raised the possibility that traffickers were putting migrants out to sea in collusion with the private ships that recover them and bring them to Italy “like taxis”.

Prosecutors then publicly wondered at the amount of money being spent, though they stopped short of opening a formal probe.

“We feel there's someone who wants to put a spoke in our wheels, though we do not really know who is behind it,” Gatti said.

The organization said it had nothing to hide.

“We have 35,000 donors. Some are well known – like Pep Guardiola, the current manager of Manchester City – others are anonymous,” said Oscar Camps, Proactiva Open Arms director.

Pro-Activa Open Arms also heavily criticized a deal signed in February between Italy and Libya which purportedly hopes to stem the flow of migrants from the coast of North Africa to Italy.

Gatti said the deal was made with only part of the 1,700 militias he said control Libya and would therefore be ineffective. Human rights watchers have also warned the accord would put the lives of those fleeing persecution and war in greater danger.

“Everything is controlled by the militias in Libya, even the coast guard, and 30 percent of the financial flows in the country come from human trafficking,” he said.

The deal is in doubt after it was suspended in March by Tripoli's Court of Appeal.

Nearly 25,000 migrants have been pulled to safety and brought to Italy since the beginning of the year in a sharp increase in arrivals.