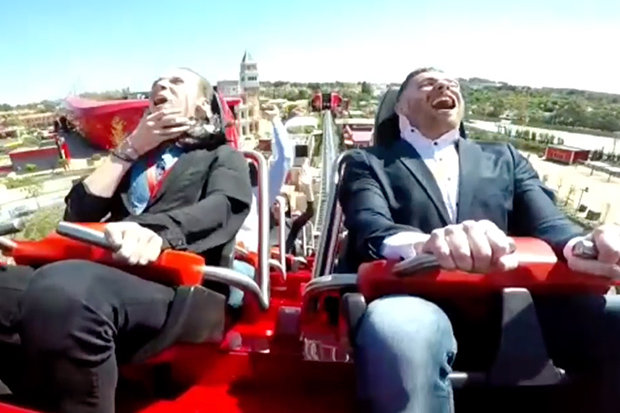 One of the first passengers on the new Red Force ride, the fastest and tallest rollercoaster ride in Europe, was struck in the face by a pigeon on the opening day of Ferrari Land last week.

Just a few seconds into the ride, the passenger was hit in the left cheek by the bird which then became lodged under his chin and had to be pulled off. It then slammed into the passenger beside him before disappearing over their shoulders.

The first man was left with specks of blood on his cheek and a mouthful of feathers.

As the ride finished he screamed out to passengers behind him “I was hit in the face by a pigeon!”

It was unclear whether the bird survived the incident.

The G-force acceleration experience is supposed to give passengers the sensation of being in a Formula One car.

Now we know why the drivers always wear helmets.