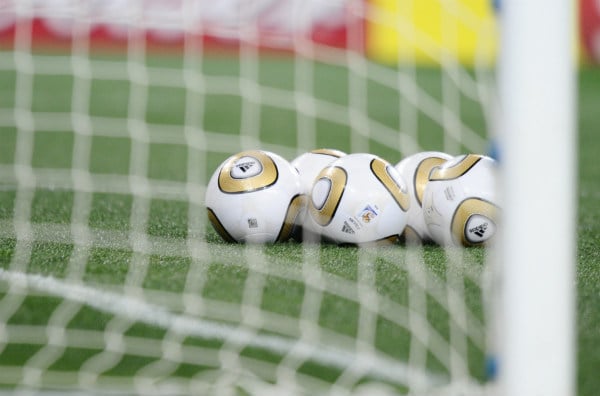 “Sport's big problem is not doping, but the fixing of matches linked to illegal betting patterns,” says Jose Luis Perez Trivino, a legal expert on the subject and president of the Spanish association for quality ethics in sport.

Alarms were raised when on April 1 Barcelona's youth team, Barca B, thrashed Eldense 12-0 in the Second Division B – Spain's regional third tier.

Saad watched on from the bench as the goals rained in to mathematically relegate Eldense.

“It was hard to take because there were players suffering a lot and afterwards you realise that it is our own teammates who have been laughing at us,” said the 26-year-old.

Saad reported his suspicions to the police along with Eldense president David Aguilar.

Five people have since been arrested, including Italian coach Filippo Di Pierro, another member of the coaching staff, two players and the head of an Italian investment company that recently took control of the club.

According to Spanish press reports, the mysterious Italian investment in a struggling side in Spanish football's third tier could have mafia connections with the intention of fixing matches.

'Tip of the iceberg'

“This is just the tip of the iceberg,” the Spanish league's director of integrity Alfredo Lorenzo told AFP.

“There are other cases of the same magnitude that we have already reported and will come to light.”

All of those cases stem from the third and fourth tiers, semi-professional leagues where the controls and spotlight on the participants are a world away from the upper echelons of La Liga where millionaires like Cristiano Ronaldo and Lionel Messi ply their trade.

“It is not that these players are less honest, but they earn very little and it is more fertile territory (for fixers),” says Javier Edo, head of the integrity division at Spanish players' union AFE.

The lucrative business attracts “mafias based in south-east Asia, the Balkans, Russia and Italy who dip their toes into different leagues and sports,” adds Perez Trivino.

“They contact the player, agree on the result and once it comes about, they give him the amount agreed upon,” adds Jesús Alberto Fuentes, chief inspector of the gaming industry for Spanish police.

This week La Liga signed an agreement with online gaming company JDigital to help flag up fraudulent moves in the market.

However, according to Fuentes, investigations are often long and expensive because of the informal nature of the Asian markets and a difficulty in tracing the movement of money.

For that reason, the authorities now have their guard up at even the slightest sign of unusual performances on the field.

“Even the smallest gesture like conceding a corner can be serious because they already have you in the palm of their hands,” adds Edo.

One club in the south-eastern Valencia region, Acero CF, learned the hard way how corrosive an effect fixing can have.

Last season Acero, founded in 1919, were relegated from the fourth tier.

“I saw some strange things going on, but we thought we were on a bad run of form until the goalkeeper told me he had received a phone call offering him €1,000 to let in a goal,” Acero president José Manuel Gil told AFP.

It wasn't just results, but other elements of the game that were fixed for lucrative spot-betting markets.

“There was one game where we conceded 15 corners in the first half,” adds Gil.

After Gil reported his findings, the police arrested two players, including the club captain who had agreed results with opposing teams and fixers.

“It was one of the darkest moments in nearly 100 years of our history.”