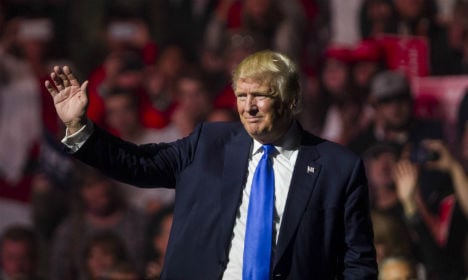 The Russian is thought to be responsible for a virus linked to victory of Donald Trump. Photo: AFP

Piotr Levashov, who was arrested at Barcelona airport on Friday, has been singled out by the United States for extradition in a request which is due to be examined by Spain's national criminal court, the source said.

Levashov is “suspected of having participated in hacking the election campaign in the United States,” the source said.

From the date of arrest, Washington has 40 days to present its legal case for extradition to the Spanish authorities.

Police on Sunday said Levashov had been arrested on Friday “following an international complaint” and had been transferred to Madrid.

US intelligence agencies in January publicly accused Russia of hacking the 2016 presidential campaign in a bid to sway the outcome in favour of Republican candidate Donald Trump.

Trump, who won the November vote, has vehemently denied accusations of collusion, and Moscow has also laughed off the allegations.

Speaking to Russia Today television late on Sunday, Maria Levashova said her husband had been detained “at the request of the American authorities in connection with cyber crime”.

She said the Spanish police had told her it was in connection with “a virus which appears to have been created by my husband (and) is linked to Trump's victory.”

In mid-January, another Russian computer expert wanted by the US, Stanislav Lisov, was arrested at Barcelona's El Prat airport as he was about to board a flight.

He was jailed on January 13th after being questioned via videoconference by a judge in Madrid's National Court, which investigates suspected crimes that have an international remit.