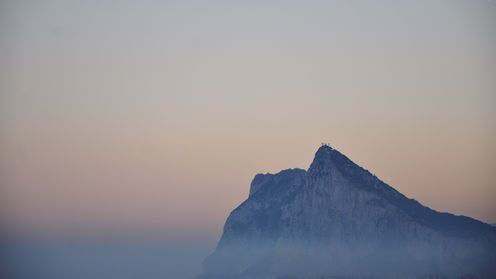 Yet Gibraltar has suddenly become a pressure point in the opening weeks of the process that will see Britain exit the European Union. The spat even saw one former leader of the UK Conservative party imply that Britain could go to war over the status of the territory.

These are now two Nato allies, but the UK and Spain have been at odds for centuries about what to do with “the Rock”.

Spain ceded Gibraltar to the UK in the wake of the War of Spanish Succession in the early 18th century, formally handing it over in 1713 under the Treaty of Utrecht. According to this treaty – still valid today – Spain handed over Gibraltar’s fortress town and harbour, but without granting the UK territorial jurisdiction. The treaty also established that Gibraltar would have no direct communication with Spain, “the country round about”, and that if the UK were to sell Gibraltar or give it away, it should be offered to Spain first.

But even though the treaty is very precise about what was ceded, it has proven open to two very different interpretations.

To this day, the Spanish government understands that it ceded only what was explicitly mentioned in the treaty, and nothing else. In other words, in its view, the mountain that surrounds the town on Gibraltar was never ceded to the UK, and nor were the waters around the rock or the isthmus – the strip of land that connects it to the mainland.

The British government, meanwhile, argues that because the cession was intended to be permanent, Gibraltar does in fact have territorial waters. The only reason this isn’t recorded in the treaty is because waters were never explicitly mentioned or regulated by treaties at the time.

These incompatible interpretations have never been reconciled. When Spain signed and ratified the UN Convention on the Law of the Sea in 1982, it declared that it did not consider Gibraltar to be covered by the convention’s provisions. The UK conversely issued a statement of its own, and maintains that Gibraltar is surrounded by three nautical miles of British territorial waters.

As early as 1908-1909, the UK had unilaterally established a border by placing a fence between Gibraltar and the mainland. In 1964, the UN declared Gibraltar a non-autonomous territory pending decolonisation. Spain and the UK were supposed to negotiate this path together, keeping the interests of the people of Gibraltar at the centre of their talks.

Both countries committed to resolving all their disagreements over Gibraltar in 1984, initiating what became known as the Brussels process. By 2002, these negotiations had ground to a halt. That same year, the government of Gibraltar called for a referendum to ask locals if they would accept shared sovereignty between the UK and Spain. Over 98% of voters said no.

Another point of tension is Gibraltar’s airport, which is on the disputed Isthmus. It was built by the British during World War II but in 2006, the two countries agreed to share the facility. Nevertheless, squabbling hasn’t ceased. In 2014, the Spanish government managed to exclude Gibraltar from the Single European Sky initiative, through which European countries cooperate on aviation, saying it would not recognise the territory as a partner until the sovereignty question was settled. In August 2012, Spanish fishermen and the government of Gibraltar reached an agreement that allowed fishermen to fish in the waters surrounding Gibraltar for a while. However, tensions between the UK and Spain escalated when the Gibraltar government decided in July 2013 to throw 72 cement blocks into the waters surrounding the rock to create an artificial reef. This unilateral action provoked the protests of the Spanish fishermen, who argued that the Gibraltar government was simply trying to prevent them from fishing in the waters.

In retaliation, the Spanish government increased controls at the border and began expressing concern about cigarettes being smuggled from the Rock (where they are cheaper) into Spain. There was also talk of tax evasion, with companies operating from Gibraltar but doing business in Spain.

Neither of these matters have been entirely resolved. The less than diplomatic rhetoric coming from Fabian Picardo, the chief minister of Gibraltar, has only added to tensions. During the artificial reef dispute, Picardo said “hell would freeze over” before he would remove the concrete blocks from the water and compared Spain to North Korea. That’s not to say that the rhetoric coming from the Spanish government at the time helped much either.

Yet another issue has been the independence referendum held in Scotland in 2014. For Spain, the decision to allow part of the UK to vote on whether it should secede raised awkward questions about Catalonia, a region that has long called for the right to do the same. Mariano Rajoy, the Spanish prime minister, began warning that if it did break away from the UK, Scotland could not automatically assume it could remain a member of the EU. It would, he said, have to reapply as an independent nation.

Brexit has added a new chapter to this history. There are particular tensions about whether Gibraltar should be allowed access to the single market during the transition period before Brexit.

Right after the Brexit referendum, José Manuel García Margallo and Fabian Picardo exchanged heated and not very diplomatic remarks about the future of the Rock. More recently, Alfonso Dastis, Spanish minister for foreign affairs, has declared that Spain would not veto an independent Scotland from entering the EU, which has naturally not gone down well in London – although he made it clear that it would still have to apply for membership.

And while Spain would prefer a soft to a hard Brexit, the matter of migration between Spain and the UK lingers in the air. The Spanish government is keen to protect the rights of Spanish citizens currently working in the UK but must itself work out what to do about the hundreds of thousands of Britons living within its own borders. Unfortunately, and not for the first time, inflammatory declarations are clouding the real questions that need to be answered about the Rock.