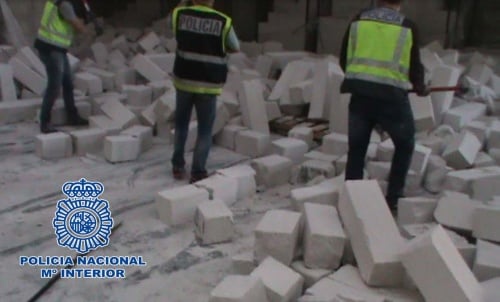 A two-year investigation culminated in the arrests last month when authorities found the drug in hollow firebricks in a warehouse, the police said in a statement.

Police had to break open thousands of the heat-resistant bricks – normally used to build barbecues or chimneys – to find the hollow ones used to transport the drugs. The alleged drug ring was led by an individual living in Colombia, Mexico and Spain, according to police, who raided 28 apartments across the country.