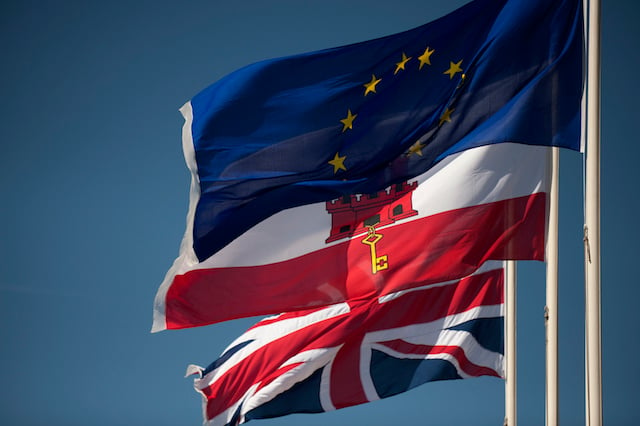 Photo: JORGE GUERRERO/AFP
“Gibraltar is not for sale. Gibraltar cannot be traded. Gibraltar will not be bargained away,” Johnson wrote in the Sunday Telegraph.
The EU proposal states that no agreement between the EU and Britain can apply to the overseas territory of Gibraltar without agreement between Britain and Spain.
This means that Madrid could potentially block Gibraltar's access to any trade deal Britain negotiates with the EU, opposition politicians in the Rock claim.
The British overseas territory fears that Madrid will seek sovereignty over the Rock.
Johnson insisted that the policy of the government “remains fixed and firm.
The sovereignty of Gibraltar cannot be changed without the express consent of the UK and the people of Gibraltar.”
“The status of Gibraltar has been unchanged since 1713. It made no difference when the UK joined the Common Market in 1973 and when Spain was not yet a member. It should make no difference today.”
The 6.7-square-kilometre (2.6-square-mile) peninsula on the southern tip of Spain, is home to about 33,000 people, with a key electronic gambling industry and offshore finance sector that deals with the whole of Europe.
Gibraltar's leader Fabian Picardo on Friday hit out at the EU proposal, branding it “unnecessary” and “discriminatory.”
“This is a disgraceful attempt by Spain to manipulate the European Council for its own, narrow, political interests,” Picardo said in a statement.
Gibraltarians want to stay British, as demonstrated in 2002 when they rejected a referendum on shared sovereignty with Spain.