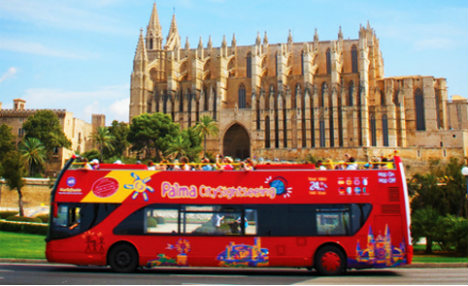 Antoni Noguera, the deputy mayor in charge of urban planning announced measures that could see property owners face fines of up to €40,000 for privately renting out their homes.

The measure was a reaction to a surge in the price of housing in the Balearic capital, where property prices went up by 7.4 percent last year, and the cost of renting has soared by a staggering 40 percent  in the last four years.

“We need to adopt comprehensive solutions to guarantee affordable housing alongside planning for sustainable tourism in Palma,” explained Noguera.

It isn’t the first Spanish city to attempt to curb private rentals. Authorities in the city of Barcelona, Spain’s most popular tourist destination are waging war on the shared holiday rental economy, imposing new regulations and steep fines on companies such as Airbnb and HomeAway.

Palma City Hall has jumped the gun and announced the city wide measure ahead of plans by the government of the Balearics to regulate private holiday rentals across all the islands.

The latest move against tourism reflects the growing malaise by residents against an industry that is growing year by year fuelled by the popularity of home rentals.

Last year anti-tourist graffiti appeared daubed on the walls of the old quarter.

In recent years Mallorca authorities have been battling to clean up the image of the island and appeal more to big spenders and family groups than the badly behaved cheap tourists attracted to resorts like Magaluf.

They have brought in a raft of by laws that saw a ban on drinking in the street, late licensing and happy hours and even brought in British police officers to patrol the streets.