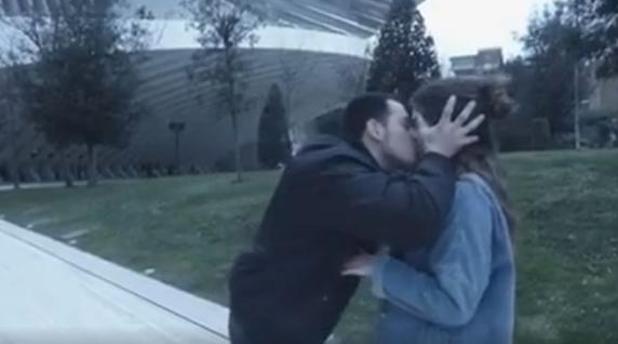 The man who calls himself Wilson Alfonso on his YouTube channel approached women on the streets of Oviedo, in northern Spain, asked them to participate in a magic trick and told them to close their eyes.

Then he planted a kiss on the unsuspecting women, who are seen responding with insults and even a slap, before walking away. The episodes, which he filmed in front of recognisable  landmarks in the Asturian capital, were then uploaded as a clip to his YouTube channel.

He even admitted in the clip that he had deliberately removed his usual glasses in “expectation of the slap” from the unknown women, and explained that there would be “more jokes” on women to come.

The video clip, uploaded on March 20th quickly went viral causing outrage at what many viewers called “violation” and “humiliation” of women

Four of the women who appeared in the video made complaints to police after seeing the clip.

“He told me to stretch out my hands palms down and close my eyes for a moment,” one of the victim's – an 18-year-old high school student – told La Nueva España. “Then he grabbed my head and gave me a kiss. I felt disgust and repulsion.”

Alfonso will appear in front of an investigating magistrate on Friday to make a statement.