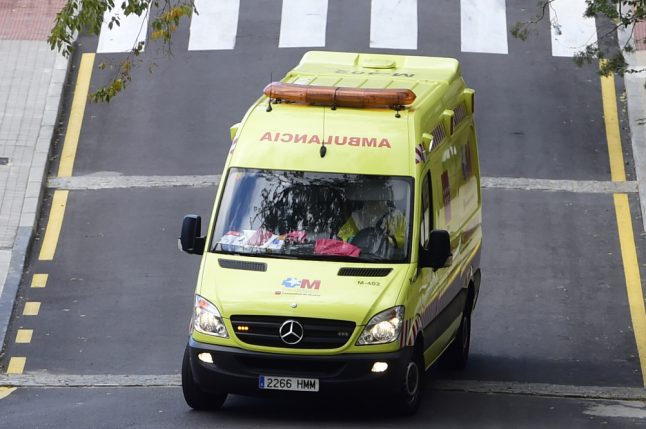 File photo of an ambulance in Spain. Photo: AFP

A week after undergoing an abortion at the Los Lagos clinic in Santa Cruz de Bezana, the woman has died, local news outlet El Diario Montañés reported on Thursday.

“The patient came to have a voluntary termination of her pregnancy, and everything was going well, there were no complications in surgery or with the anaesthetic,” said clinic medical director Sergio Muñoz.

“But when she was in the recovery room, she stopped breathing.”

The clinic called an ambulance for the woman and medical staff tried to resuscitate her, initially successfully before she stopped breathing again and ultimately died.

Head of the Cantabria Health Service (SCS) Julián Pérez Gil said that “health risks, as small as they are, are present in all procedures”.

Now an autopsy will be performed to determine the cause of death.

One theory is that she may have suffered a pulmonary embolism – a blockage of an artery in the lungs – when the amniotic fluid entered her circulatory system, reached the lungs, and caused a collapse that triggered cardiac failure.

But Muñoz emphasized that this is “only an assumption”, and that he did not know of “any case like this” involving an abortion in the first trimester. The woman was less than 14 weeks pregnant – the legal limit in Spain for an on-demand abortion.

“The forensic report will clarify if what happened was due to the patient’s own health problem, or in fact was malpractice,” said Pérez.