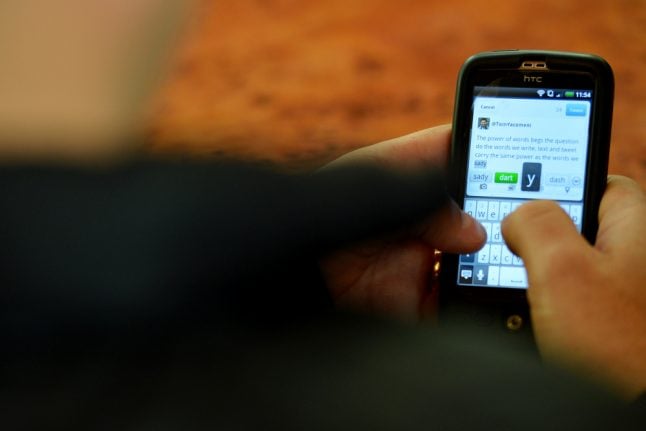 A court in Barcelona sentenced the man to eight months in prison for posting xenophobic tweets, including one about the Catalan victims of the 2015 Germanwings crash, which killed 150 people, El Pais reported on Thursday.

The tweet stated: “Not seeing a lot of shit on Twitter for a plane crash full of Catalans.”

This is the first sentence against someone for ‘Catalanophobia’, according to El Pais. According to Europa Press, the case came after official complaints about a spate of tweets that “provoked hate, violence and discrimination against Catalans in relation to the Germanwings airplane crash”.

The Germanwings crash on March 24th 2015 shook many across Europe and worldwide after it emerged that the flight's co-pilot had deliberately caused the plane to plummet into the French Alps, killing everyone on board on the way from Barcelona to Düsseldorf, Germany.

To avoid prison time, the Twitter-user must pay €720 for committing a crime against fundamental rights, and he must not re-offend. He also has to remove the offending tweets within 15 days, and take a class on human rights and discrimination.

The Twitter user, identified by the handle @Carkiskonami, had posted a “multitude of messages of racist or xenophobic nature”, prosecutors said. The account was taken down for the duration of the trial.

Another tweet said: “I insist: Spain should be renamed Subnormalia, and Murcia should be considered the profoundly Subnormal.”

In January the Supreme Court condemned an artist known as César Strawberry to one year in prison for tweets in which he, according to the court, either glorified terrorism or humiliated victims of terrorism. The artist had made jokes about a Franco-era prime minister who was killed in a car bomb by Basque separatist group Eta.