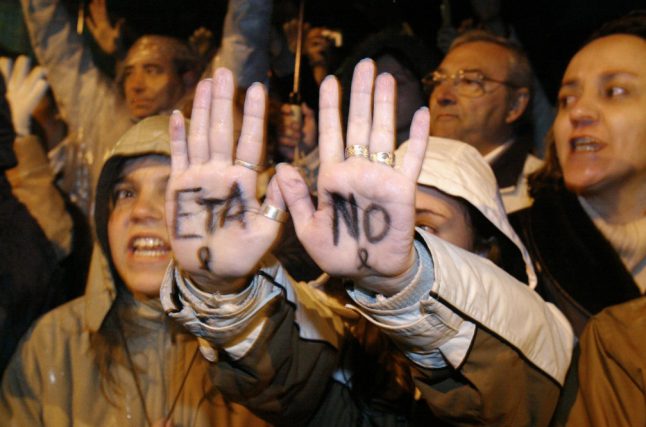 Inigo Urkullu confirmed the possibility that Eta was ready to give up its arms after decades of often violent conflict in Spain and France, and asked both Madrid and Paris to help facilitate talks.

Urkullu said his government had been informed of the possible disarmament, and said he hoped it would be “definitive, unilateral, irrevocable, complete and legal”.

Earlier Friday, an activist in Bizi, a Basque association, told French daily Le Monde that the group's disarmament should be completed if possible before France's upcoming presidential election, with the first round of voting set for April 23rd.

“Eta has given us the responsibility of disarming its arsenal and, on the evening of April 8th, Eta will be completely disarmed,” said the activist, Txetx Etcheverry.

Urkullo said: “The Basque government judges credible the potential for a final disarmament in the short-term.

“It asks… the Spanish and French governments to show ambitious vision and open direct lines of communication” in order to reach “a goal with historic importance for our society.”

Eta, founded in 1959 and considered a terrorist group by the European Union, is seeking to negotiate its dissolution in exchange for amnesties or improved prison conditions for its roughly 350 members held in Spain and France.

The group had initially focused on dictator Francisco Franco's suppression of the Basque language and culture, but it became more violent, often targeting government officials. The group is blamed for the deaths of 829 people in a four-decade campaign of bombings and shootings for an independent homeland in northern Spain and southwestern France.

Its last deadly attack was in 2010, when a policeman was killed during a shootout with Eta militants in a Paris suburb.

It declared a ceasefire in October 2011 but has thus far refused to give up its weapons.

But a source later confirmed to AFP that “Eta will take steps to make this happen” before April 8th.

Both France and Spain have long refused direct negotiations with the group, demanding its complete dissolution with nothing in return.

On Friday, a Spanish government spokesman, Inigo Mendez de Vigo reiterated this stance, though he added that he had just learned of the proposed disarmament and had not yet studied it.

The separatist group has been severely weakened in recent years after hundreds of its members were arrested and some of its weapons were seized.

In November, the most senior Eta leader still at large, Mikel Irastorza, was arrested after a raid on a home in southwest France.

Earlier this month, Spain's Guardia Civil police force discovered seven drums of explosives in a rural area near the town of Irun on the border with France, which they suspect belonged to Eta.