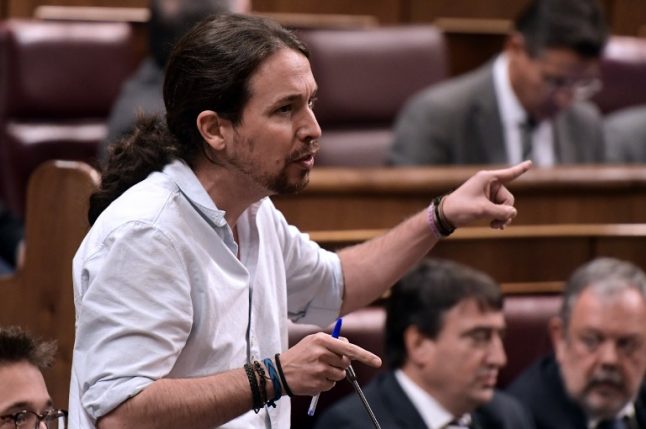 Unidos Podemos, the third biggest party in parliament, last week tabled a proposed law that would end the broadcast of the Roman Catholic Mass on La2 television.

The ruling conservative Popular Party campaigned against the initiative and the broadcast of the Mass on Sunday was seen by 1.2 million viewers, its biggest audience since 2004, according to Spanish public broadcaster RTVE.

An online petition against the elimination of the broadcast, organised by the Spanish Association of Christian Lawyers, has so far collected nearly 82,000 signatures.

Unidos Podemos says it does not oppose religious programming, but is against the broadcast of religious rituals on state-funded television in an increasingly multicultural and secular society.

The party's chief, former university professor Pablo Iglesias, has not backed down.

He posted a video on his Twitter account of Juan Antonio Reig, the arch-conservative bishop of Alcala de Henares, a town near Madrid, declaring that gays who prostitute themselves or go to gay nightclubs “will go to hell”.

“In a mass, sending someone to hell for being gay? On public television, which we all pay for. No thanks,” Iglesias wrote.

While Catholicism remains deeply embedded in Spanish culture, regular church attendance in Spain, like elsewhere in Europe, has steadily fallen.

The majority of Spaniards — 59.3 percent — say they “almost never” attend Mass, according to a survey published in December by the Sociological Research Centre (CIS).