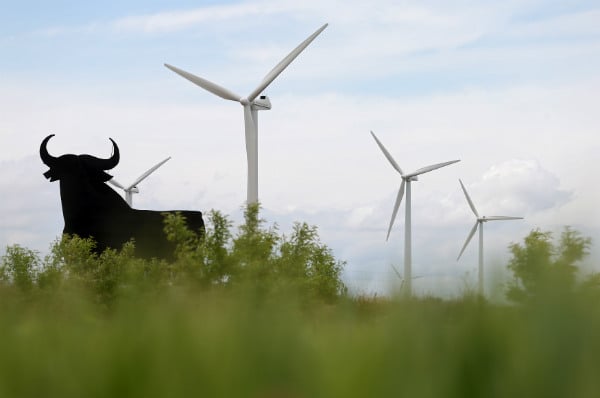 Eurotapes, a European research project on superconductivity – the ability of certain materials to channel electricity with zero resistance and very little power loss – has produced 600 metres (1,968 feet) of the tape, said the coordinator of the project, Xavier Obradors, of the Institute of Materials Science of Barcelona.

“This material, a copper oxide, is like a thread that conducts 100 times more electricity than copper. With this thread you can for example make cables to transport much more electricity or generate much more intense magnetic fields than today,” he told AFP.

“This new material could be used to make more potent and lighter wind turbines,” he added, predicting it will make it possible to manufacture wind turbines one day with double the potency than existing ones.

In the long run the project could “revolutionise the production of renewable energy,” the Institute said in a statement.

The European Union covers the bulk of its budget of €20 million ($21 million).

When an electric current passes through a conductor such as copper and silver, part of the charge is lost as heat, a loss that increases with the distance the charge travels.

In superconductivity – first discovered in mercury in 1911 – electrical resistance suddenly drops to zero in some metals when they are cooled to near absolute zero (-273 degrees Celsius, -459 Fahrenheit).

This also produces a strong magnetic field – an effect which has found applications, including in MRI body scanners.

To achieve zero-loss power transmission now, cables encased in tubes can be cooled with liquid nitrogen to make them superconductive – but the complex and expensive technology has not been commercially used on a large scale.

Power companies have run only small-scale and pilot projects.

The aim is to one day find materials that can become superconductors at room temperature, which would allow zero-loss transmission of power over vast distances.