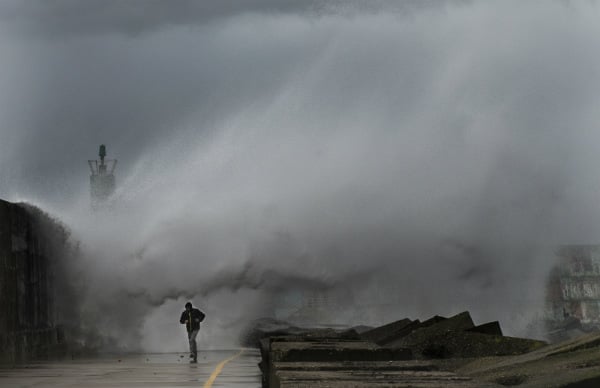 Spain's National Meteorological Agency (AEMET) warned that a cold front would bring an end to a weekend of unseasonably high temperatures, which saw people basking in sunshine and highs of over 30C in the south.

But on Monday high winds and torrential rain were predicted to lash the country with snow expected in high areas and across much of the north of Spain.

Coastal areas were on alert for strong winds and high seas.

Alicante and Valencia were put on amber alert for torrential rain with up to 100 litres per metre expected in a 12-hour period, wind of up to 90 km / h and waves of up to five metres.

Inland areas of the Valencia  and Murcia region were told to expect snow. While Jaen, Granada and Almeria were predicted snow in areas above 900 metres.

Even the Canary Islands were on amber alert for strong winds and high seas.

The whole of the north of the country across Galicia, Asturias, Canatbria to Aragon and Catalonia were told to expect stormy seas, strong winds and snow in high areas.

It even snowed in Albacete.