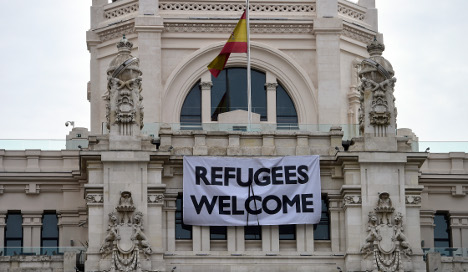 But less than half of those who applied for asylum in Spain were successful in their application. The remaining 5,505 are still waiting for their applications to be processed.

The figures released by the Spanish Refugee Council (CEAR) reveal that those fleeing the civil war in Syria have had the most success with asylum applications.

Some 90 percent of all those applications accepted – amounting to 6,215 – were from Syrians. However, only 355 have actually been awarded full refugee status with the remaining 6,500 applicants given a form of “subsidiary” protection which is open to review.

While the figures reveal that Spain is welcoming more refugees than ever before, the number of asylum seekers who make their home here is just a tiny percentage of those accepted into Europe as a whole.

According to figures from Eurostat, EU nations received a total of 1.26 million asylum requests during 2016 with Spain receiving just 1.3 percent of that figure.

Germany recieved by far the greatest number of asylum seekers in Europe, with close to three-quarter of a million applications. Of those asylum seekers who arrived in Spain, four in every ten people were female. The figures for how many children were among them were not released.

Spain’s refugee council insisted that more should be done to help asylum seekers and said that Spain was failing on its legal obligation to process applications rapidly as some 20,370 applications were pending by the end of 2016.

“We need more human and financial resources to reduce the agonising wait for these poor people, many of whose lives depend upon the ultimate decision,” said Paloma Favieres. Legal services coordinator at CEAR.

“Countries are legally obliged to complete applications in six months, but this rarely happens.”

The human rights group also slammed Spain for limiting successful applications in the majority of cases to those from Syria.

“Spain has limited to the maximum level the right to asylum for those who are fleeing countries other than Syria,” said CEAR in their report.