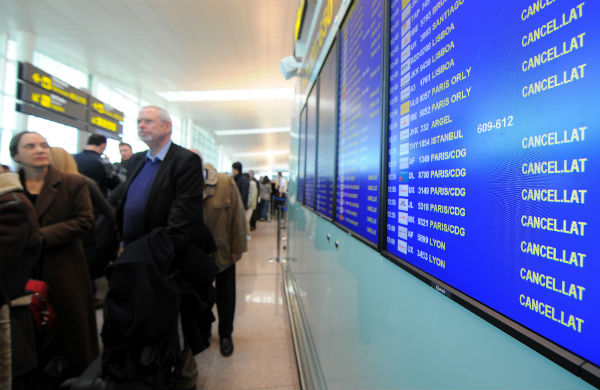 Archive photo of passengers at an airport: AFP

Air traffic controllers from the UNSA union have downed tools at Brest, Bordeaux and Aix-en-Provence airports as part of their four-day strike that began on Monday.

On Tuesday the strike also involved controllers at Nice and Marseille airports.

But it’s not just those airports that are affected with the industrial action, motivated by a dispute over working times and conditions, having a knock-on effect across the country and affecting flights that used French air space.

While around 375 flights to and from French airports were cancelled on Monday, the strike also caused the cancellation of 23 flights at Spanish airports.

On Tuesday, that figure rose to 28 cancellations of flights either taking off or landing at Spanish airports.

Vueling was the carrier with the most affected flights and by 1pm on Tuesday, 18 Vueling flights either due to depart or arrive at airports in Spain were cancelled.

Passengers due to fly this week are advised to check the status of their flight on the company websites before heading for the airport.

#VuelingInforms Check out the list of the flights affected today by the strike in France and the alternatives https://t.co/gVAqfEtwNP