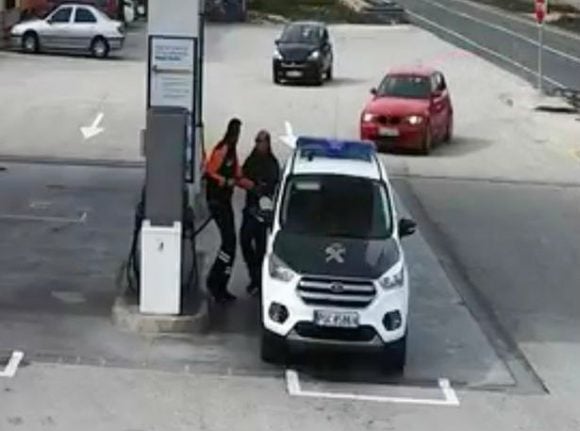 A speeding car narrowly missed crashing into a police patrol car filling up at a petrol station in southeastern Spain.

The entire incident was caught on CCTV at the filling station in Monóvar, in the Alicante region, at 11.30 am on Saturday and shows just how lucky an escape it was for the petrol station worker and the Civil Guard officers.

One officer was chatting to the petrol station worker as he filled the patrol car’s tank when the driver of a red car, who was clearly speeding, swerved off the road to avoid another car about to turn into the Repsol petrol station.

The car, now out of control, clips the curb and appears to be heading straight for the patrol car but lurches to one side, swipes the pillar between the petrol pumps, and avoids doing serious damage.