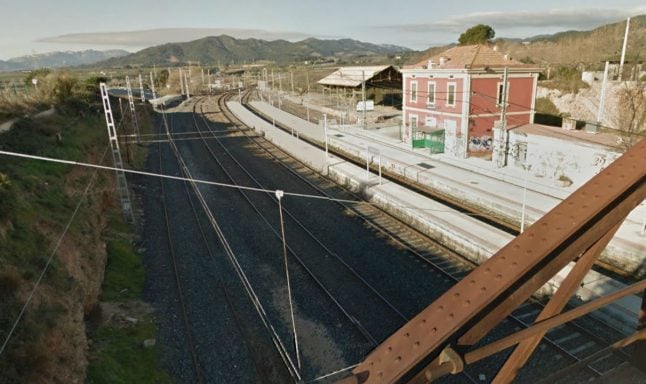 The teen had reportedly clambered on top of a freight train that was parked in a siding, while waiting to catch a train to Barcelona on Friday afternoon.

He suffered a massive electric shock when he touched an overhead cable and ambulance staff were unable to revive him after being called to the scene, confirmed Joaquim Calatayud.the mayor of the town.

He died on the way to Hospital Joan XXIII in nearby Tarragona.

The boy, a student of the French Institute in Barcelona, was in a group of five friends that were not accompanied by an adult, according to Catalan newspaper La Vanguardia.