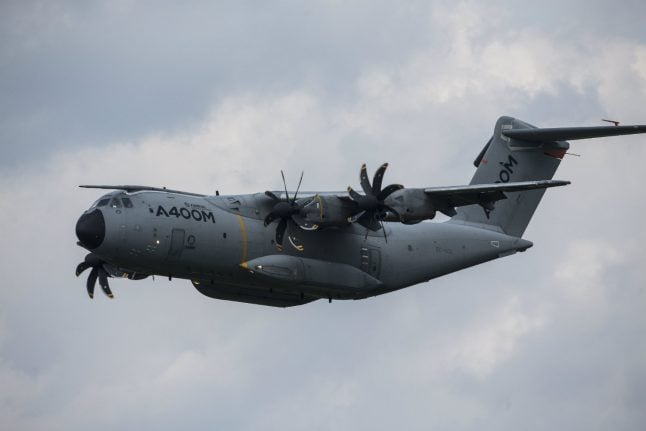 File photo: Erwin Scheriau/AFP
The A400M was commissioned jointly in 2003 by the governments of Germany, Belgium, France, Britain, Luxembourg, Spain and Turkey, but since its delayed launch in 2013 it has run into difficulty, with delays in delivery of the plane.
A spokesman for the ministry told AFP Airbus CEO Tom Enders had asked to meet representatives from these countries, and Spain's junior defence minister Agustin Conde had responded by inviting him and defence officials from those nations to Madrid.
“He sent him a letter inviting him to attend a meeting with the programme's partner countries, on March 30 in Madrid,” the spokesman said.
Airbus refused to comment when contacted by AFP.
It is unclear exactly why Enders has called the meeting, but on Wednesday he told reporters that the group would ask clients to refrain from imposing further penalties over delivery delays.
Originally planned for 2011, the plane's launch was delayed until 2013.
The A400M's delivery has also run into substantial delays due to a string of technical problems and different requests from the governments.
An A400M plane crashed during a test in May 2015 near Seville in Spain, killing four of the six people on board and seriously injuring the two others.
And new faults were discovered in the propellor engines last year.
On Wednesday, Airbus said its profits nosedived in 2016 due to charges related to problems with the plane.
Speaking to reporters when the group announced the results, Enders said that Airbus needed “the cooperation of clients… to push the programme forward and end the haemorrhaging.”
The Spanish defence ministry spokesman said Enders had “surprised the seven partner countries with declarations to the media about difficulties encountered in the development of the programme”.
“So Mr. Conde invited Mr. Enders to tell the junior ministers (attending the March meeting) about the problems faced by the A400M programme”.
The German government, the main customer for Airbus' military aircraft, this week urged the firm to live up to its contractual obligations and deliver the promised A400M jets.
Airbus delivered 17 A400M in 2016, compared with 11 in 2015 and has delivered two of the military transport planes so far this year. 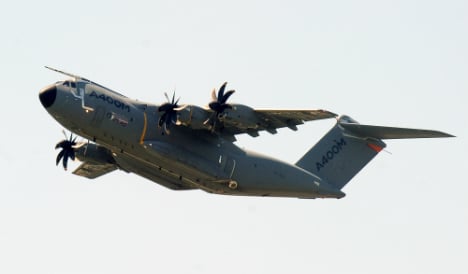