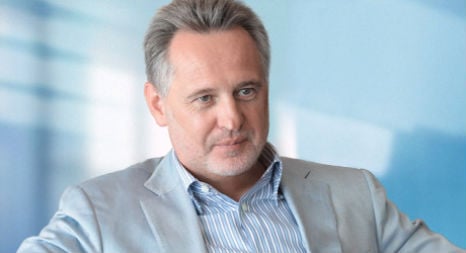 The gas magnate, 51, was held in Vienna shortly after an appeals court in the city authorised his extradition to the United States where he is wanted on bribery charges, in a shock decision overturning an earlier ruling.

The prosecutor's office said it could not comment on the Spanish case or how Firtash's arrest would affect the extradition ruling.

Firtash, one of Ukraine's richest men and a one-time ally of ousted president Viktor Yanukovych, had already been detained in Austria in March 2014 over the US allegations.

He was however freed after paying a record Austrian bail of €125 million ($130 million), but had to stay in the country until the appeals ruling.

In a further twist, authorities in Barcelona had issued a European arrest warrant in November 2016 against a powerful Ukrainian oligarch, identified by media as Firtash.

Press reports said he was accused of close links to organised crime and illegally laundering €10 million in Spain.

Meanwhile, US authorities want him extradited to face charges that he and five others paid $18.5 million in bribes to Indian officials to secure titanium mining licences in Andrah Pradesh state in 2006.

They argue that US laws applied because the conspiracy involved using US financial institutions, travel to and from the United States, and use of US-based communications — computers, telephones, and the Internet.

Firtash has denied all charges and maintained he was the victim of a smear campaign.

A lower court had sided with him in April 2015 and rejected the US extradition request on grounds that it was “politically motivated”.

But the appeals court on Tuesday overturned the verdict, ruling he should be handed over to US authorities.

A recent Bloomberg news feature asked whether, with President Trump now in office, the US administration might reverse its course and be more lenient with Firtash – sending a clear signal that Trump's embrace of Putin and Russia is real.